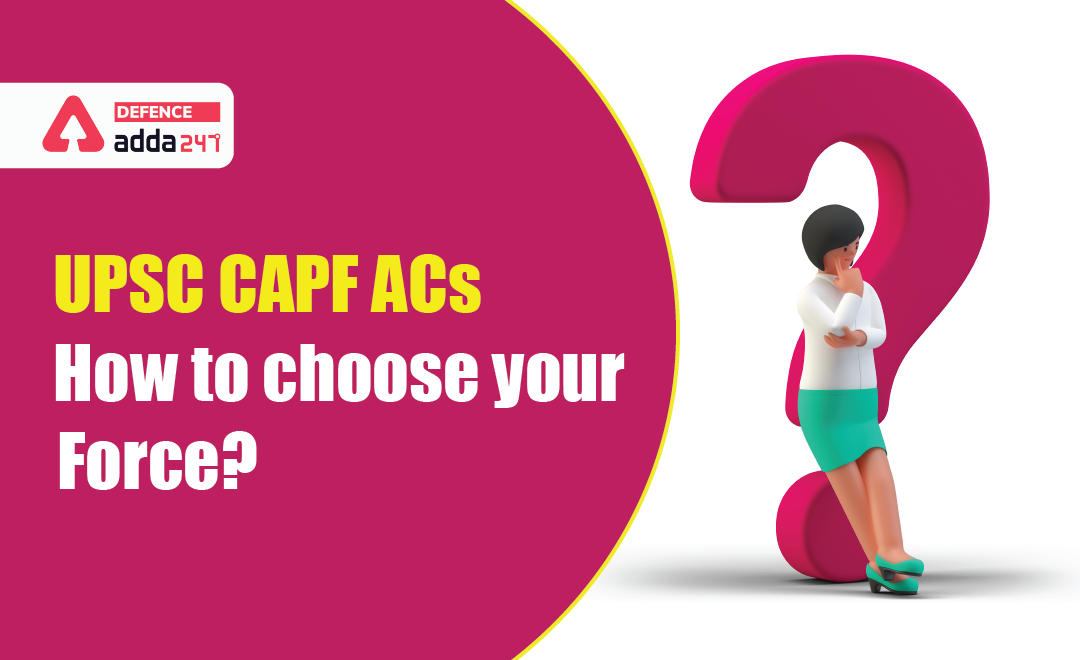 Although, it is advised to not wait for the last day rush and fill the form as early as possible. Allotment of the Centers will be on the “first-apply-first-allot” basis.

Before filling the form one must know how to choose the force, this question is quite challenging to answer but we are here to answer your queries, we will try to  explain you the aspects related to every post so that it becomes easy for you to decide which suits you the best

Factors to Consider Before  Choosing the Force

We all want progress in life and when it comes to career who doesn’t want to climb the ladder  at a fast pace, promotional aspects are different for different forces so choose wisely if you want to reach the acme faster.

owing to the different DNA our bodies have we all are very different in terms of our likes and dislikes, the  different Central armed forces have very different duties so you might want to choose a field which syncs with your Interest

The work culture differs based on the task the fores are assigned to perform, some forces have strict hierarchy like the Army whereas some forces opt for police like culture hence you should choose which suits you the best.

A loving and caring family is more like a blessing and staying close to the family is something we all crave, you should look into the aspects of family life before choosing your force.

Let’s now look at each force individually to get a better picture.

During Wartime following duties are fulfilled by BSF

Before diving deep into the discussion have a look at the exam pattern.

Assistant Commandant is a gazetted post, with basic salary of 56,100, including all the allowances the  salary becomes 70k+, apart from that you get government quarters, vehicle etc.

How to Choose Your Force: FAQs

Q. What is CAPF AC salary?

What is CAPF AC salary?

The salary of CAPF AC is approximately INR 56,100/