Skip to content
Home   »   How to Clear NDA SSB Interview 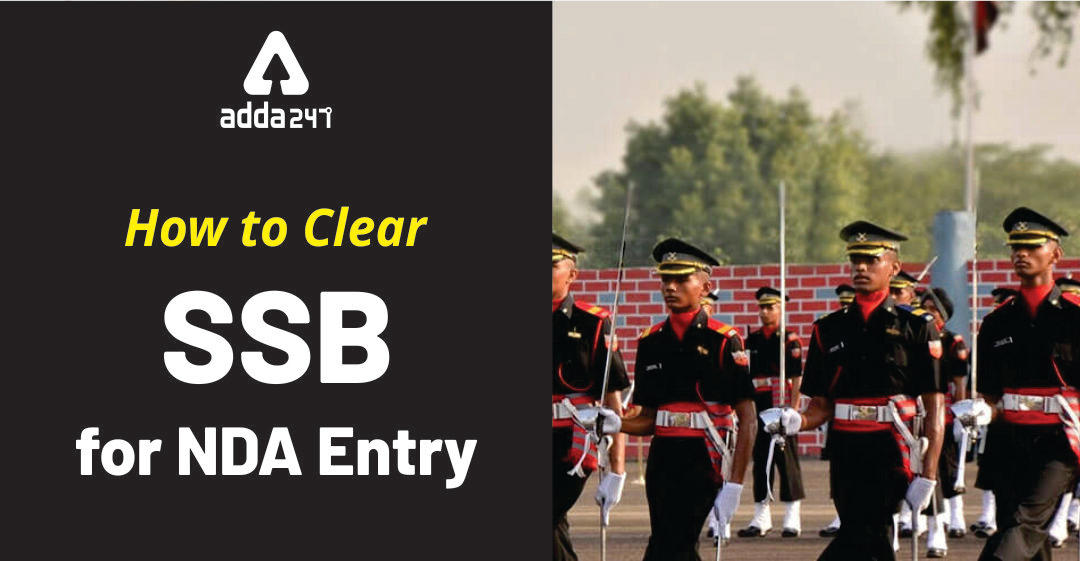 Joining the Defence Forces is the dream of many defence aspirants, after clearing the 12th board examination, one can join National Defence Academy by clearing the written examination.

It doesn’t matter from which stream one has cleared his high school, all that matters is your hard work in clearing the written exam and getting a call letter from the SSB interview.

Many aspirants after clearing the first step i.e. Written examination, approaches the best coaching academy to see them as a recommended candidate. Aspirants let me tell you, performing what is taught in coaching affects your original personality at SSB.
SSB tests are psychological tests that assess one’s personality if the person is fit to join the Indian Army as an officer or not. You have to be very smart while attending the coaching or training and should know how to grasp relevant things and not to copy and paste the things that are taught.

NDA candidates have the advantage of getting recommended as they have to spend 3 years in the National Defence Academy and one year in their respective academies in whichever arms they have applied, so SSB for them becomes a little easier as compared to CDSE or TGC entry.
An aspirant should be well versed with the selection procedure that he will be going through and he should know what is expected from him by the assessors. First-day screening is done to select the candidates who have the potential to become officers for further assessment which last for 5 more days. After that recommended candidates have their Medicals at the nearest military hospital.

SSB tests are divided into three parts but the motto of all tests are the same i.e. assessing Officer Like Qualities in the candidates. For this, three techniques are followed by SSB, Psychology(Mansa) what he thinks, Interview (Vacha) what he speaks, GTO,(karma) what he does.
1. Psychological Test – This technique is conducted by psychologists which consist of Thematic apperception test followed by the word association test followed by the situation reaction test which is further followed by the last test of psychological series i.e. self-description test.
Now, what is expected from NDA level candidates? It is assumed that a candidate who has cleared the written exam will have a good aptitude. What is required is your attitude towards life. How do you behave with people or if you fall under any stressful situation? How do you react?
Let me make myself very clear, one has to think very practical instead of becoming a superhero and proving that he can do anything.
Key Mantra for Psychological Test- BE PRACTICAL, POSITIVE, and ALERT
2. SSB Interview – This technique is conducted by an interviewing officer, who asks you day to day life questions but remember it seems to be very easy but it is not, one has to be aware of himself, his family and also about the surrounding that he lives. One should talk to himself and find the best possible way to answer the question.
Key Mantra for Interview- BE NATURAL, BE NEAT & SMART, DO NOT TRY TO BLUFF.
3. Group Testing Officer (GTO) – This technique is conducted by a Group testing officer and it takes around 2 days to complete. Candidates selected after screening are divided into groups and are put through different group tasks.
Now, what is expected from NDA level candidates during these tasks, Candidates should accept others’ point of view while having group discussions, give facts and figures with good sound knowledge, and speak logical points so that other candidates accept your view point.
During Group planning Exercise, prioritizing the problems with solutions practically and having a healthy discussion. Coming to group tasks and obstacle races, one has to keep calm and co-operate with others.
In individual tasks, be bold and fearless while doing any of the obstacles, and while giving lectures to your team members, be confident and speak deliberately and clear. Practice in front of the mirror every day after getting your SSB call letter.
Then comes the Command task, give command like a leader or commander to your subordinates and also help them to complete the task but don’t become a follower and follow your subordinates.
Last but not the least is Final Group task, give ideas to complete the task and co-operate with the group and finish it.
After all these tests are done, the conference is conducted by all officers who assessed the candidates, it happens on the last day of the SSB interview. Every candidate is called one by one in the conference room and asked general questions about the stay and friends he made during the process. If a candidate is a borderline case certain situation in which he is lacking some qualities is asked and according to his response further decision is taken by the officers.
So, Candidates be true to yourself, be alert, and have high self-esteem and there is no one who can stop you from joining the Armed Forces. Start reading the newspaper, develop good hobbies and start observing things around you and all the best for your Defence career.
JAI HIND!