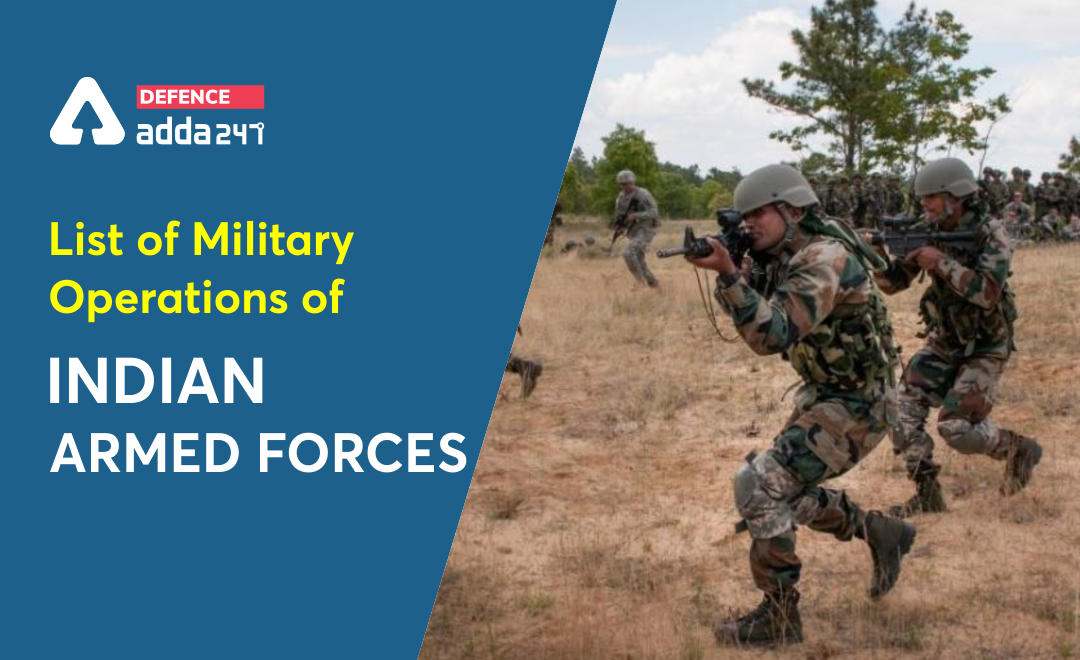 Our country’s armed forces have been engaged in a number of major military operations under the management of the Ministry Of Defence (MoD) of the Government of India. With an estimated total active force of 1,325,000 personnel, maintains the world’s second largest armed forces.
Below is the list of operations categorized into the armed forces of the country. All these operations are important from defence exam point of view like AFCAT, CDS, UPSC CAPF, NDA, Indian Navy AA/SSR, Indian Coast Guard which are going to be held in the next few months.