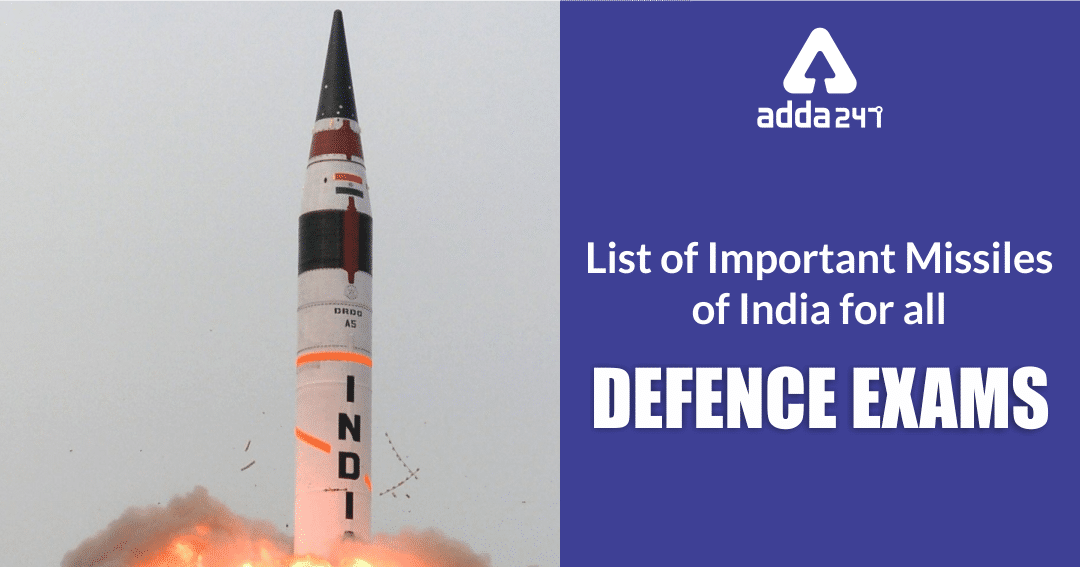 Missiles of India: General Knowledge is very important subject of every competitive examination, defence knowledge is a keen part of this section. In this article we would be sharing the list of all Important Missiles of India that would help you in answering any question related to this topic. As Many defence exam is upcoming, at least one question is definitely going to come from this topic in General Awareness paper. Candidate should know about the missiles and their capability for the war.

In military language, a missile is also known as a guided missile which is a guided self-propelled flying weapon usually propelled by a fighter jet engine or rocket motor. Missile in ordinary language means an object which can be thrown, shot, or propelled toward a target.
Missiles have four system components:
Missiles come in different types adapted for multi purposes:

India’s missile system serves a number of purposes in India’s defence strategy. Fundamentally, its ballistic missile weaponry is a mean to deliver nuclear weapons to counter both China and Pakistan. The military requirement has pushed India to develop longer range ballistic missiles and to diversify its delivery platforms beyond mobile land-based missiles.
In the era of modernization, India is developing ship- and sub-launched ballistic missiles, and has collaborated with Russia on cruise missile development to stand as a powerful nation.