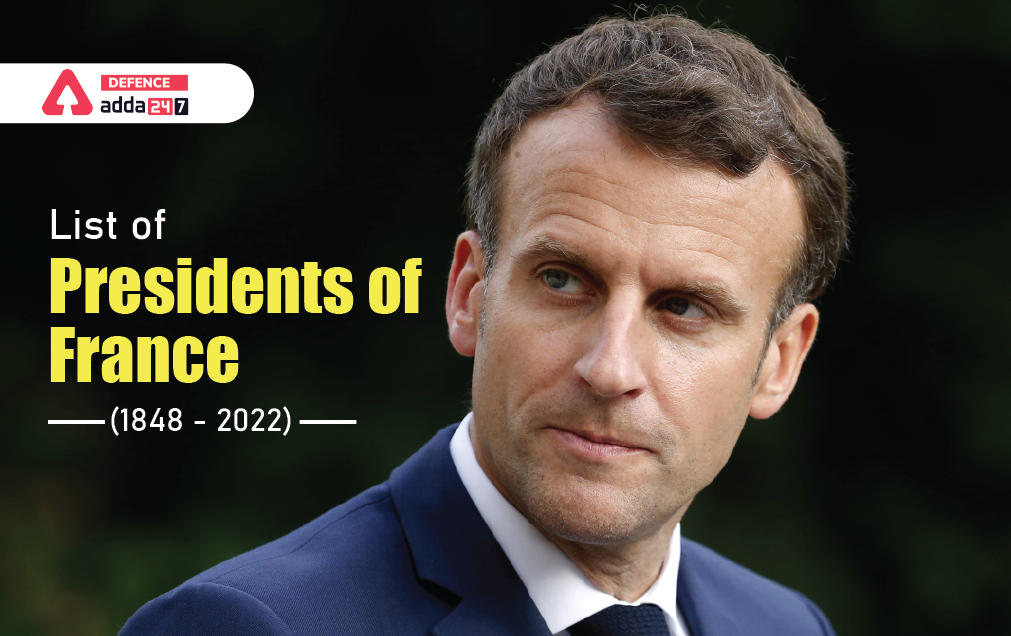 France is the largest country of Western Europe. However, it is only the third-largest country in Europe, behind Ukraine and the European portion of Russia. Almost one third of its area is covered by forest and it is the fourth most forested country in the EU.

The country is also sometimes referred to as ‘L hexagone’ which means the hexagon, or a six-sided shape due to its six-sided shape excluding its overseas territorial region. It touches Germany and Belgium in the north; the Atlantic Ocean in the west; the Pyrenees Mountains and Spain in the south. Recently Emmanuel Macron became the first sitting French President in 20 years to be re-elected.

About Office of French President

FAQs Related to President of France