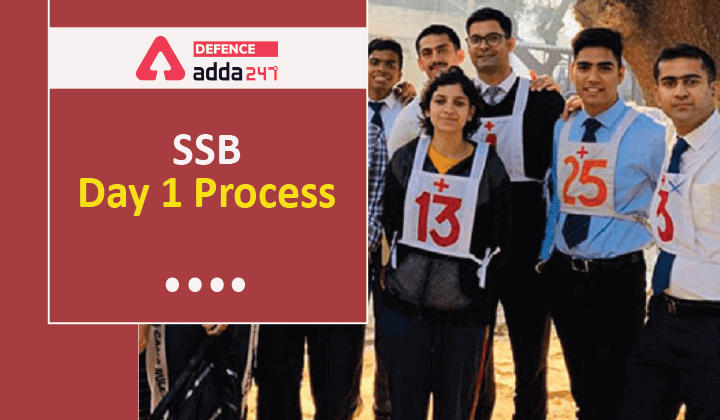 SSB  is one of the toughest and longest interview ,or we can say it scans you thoroughly. Well SSB is not mere a test but a procedure, 5 days procedure where you go through different ways of testing your personality.

The candidates that clear written exams such as CDS, NDA, TA, INET and AFCAT are then called by respective military boards for SSB Interview. One can also appear for SSB Interview by getting shortlisted direct entries – TES, TGC, UES, SSC Tech etc.

The selected students then need to appear before a Service Selection Board for an Intelligence and Personality Test.

The SSB interviewer look for 15-character traits called “Officer Like Qualities”. The mechanism to check the done by the following procedure:

The first day involves ‘Officer Intelligence Rating Test’ which consists of Verbal and Non-verbal Tests. The candidate gets two booklets having 40 questions each. The time allotted for each booklet is 15- 17 minutes.

This test can be further categorized into:

The results are declared after which the shortlisted candidates are retained for the subsequent round of testing.

The OIR stands for Officer’s Intelligence Rating. It is a test of the intelligence of a candidate. On the screening day, the tests start with the OIR. It is an aptitude test consisting of two sets. In these sets, verbal and non-verbal reasoning type questions are asked. Candidates are provided with confidential DIPR test booklets and an OMR sheet. Candidates have to answer as many as questions they can in a time interval of around 35 mins.

After the evaluation of answer sheets. An OIR rating of range 1-5 is given to each candidate. The better the OIR the more are the chances of getting in.

Below are the topics from which questions are asked in the OIR test.

All The Best for the upcoming SSB interviews.