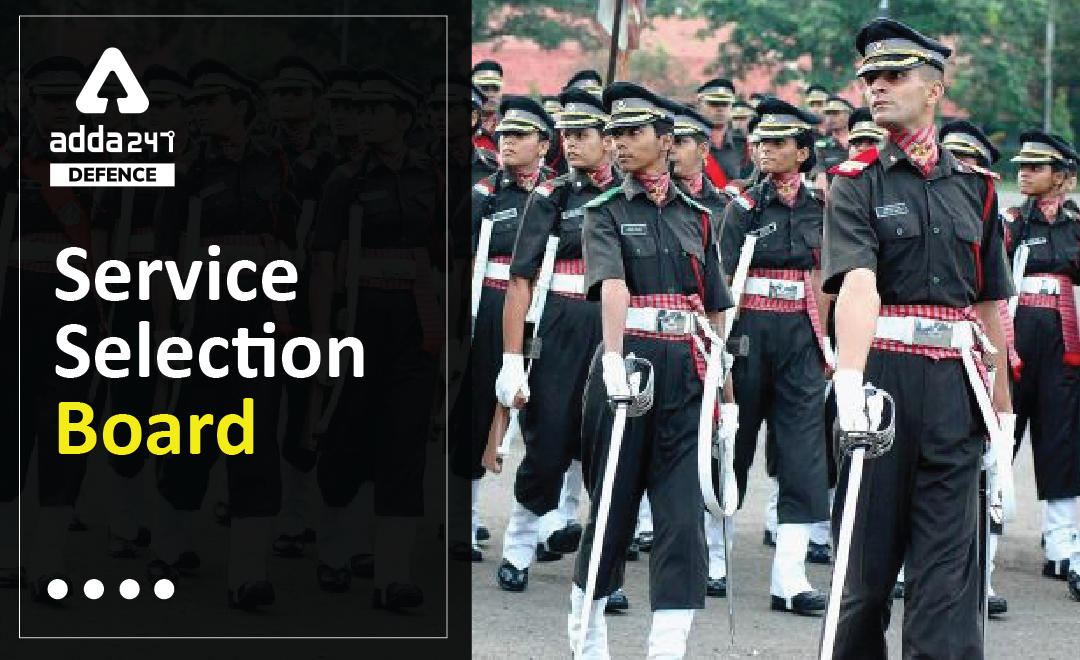 The full form of SSB is Services Selection Board, it is one of the toughest and longest interview ,or we can say it scans you thoroughly ,Well SSB is not mere a test but a procedure, 5 days procedure where you go through different ways of testing your personality.

The candidates that clear written exams such as CDS, NDA, TA, INET and AFCAT are then called by respective military boards for SSB Interview. One can also appear for SSB Interview by getting shortlisted direct entries – TES, TGC, UES, SSC Tech etc.

The selected students then need to appear before a Service Selection Board for an Intelligence and Personality Test.

The SSB interviewer look for 15-character traits called “Officer Like Qualities”. The mechanism to check the done by the following procedure:

The first day involves ‘Officer Intelligence Rating Test’ which consists of Verbal and Non-verbal Tests. The candidate gets two booklets having 40 questions each. The time allotted for each booklet is 15- 17 minutes.

This test can be further categorized into:

The results are declared after which the shortlisted candidates are retained for the subsequent round of testing.

On the second day of SSB, a Psychological Test is conducted. Following tests take place on this day:

Candidates are shown 12 images (including 1 blank) and then they need to write a story on each for 4 minutes. The time limit is imposed to gauge the natural response of each candidate.

60 words are displayed in front of the candidates for 15 seconds each and the candidates need to write down a sentence which comes to their mind on seeing the word.

Candidates need to write few paragraphs covering their self-description for the context given. For instance, writing the opinion of their parents, teachers, friends etc. and the qualities the candidates wish to develop. Time allotted for this test is 15 minutes.

These tests are aimed to gauge the psychological suitability of a candidate for the defence forces.

The group discussion is conducted on two topics back to back on some current events or social issues. The discussion is usually of 20-30 minutes each.

Here the candidates are clubbed in the group of 10 – 15 people and are then given a story based on a model having certain issues. Candidates need to identify the issues and provide a practical solution for it.

Candidates need to overcome the 4 given obstacles collectively in a group for which they are given some helping material and a load with some rules.

Commonly referred to as Snake race, each group is required to compete against another group for 6 given obstacles.

This exercise is like PGT, but it is conducted with a smaller group over a single obstacle.

This day is again dedicated to Group Testing. Following tests are conducted on this day:

Each candidate is presented with 4 topics out of which he needs to choose one and speak on it for a period of 3 minutes.

Each candidate needs to clear 10 given obstacles in a time period of 3 minutes which are marked from 1-10 based on the difficulty level.

Each candidate made the commander and is given an obstacle similar to HGT which he/she needs to overcome with the help of his subordinates.

The entire group is reunited and required to complete the assigned task similar to PGT in the stipulated time.

Personal Interviews are generally conducted during Day 2, 3 and 4 after the respective daily tasks have been completed. Interviews are usually related to everyday experiences, work, education, family, hobbies, achievements in academics, general awareness etc.

Day 5 is the last day in which the assessor starts with a closing address, then the conference of candidates starts.

After the result is announced the shortlisted candidates are retained for further medical examinations.

and once you cleared the medicals and made it to merit list then you become worthy of wearing the stars of pride after the rigorous training process.

Q1. How many Days  does the SSB interview take ?

Ans. Yes, SSB is difficult if you don’t prepare properly ,But with right guidance and study material you can easily able to crack SSB