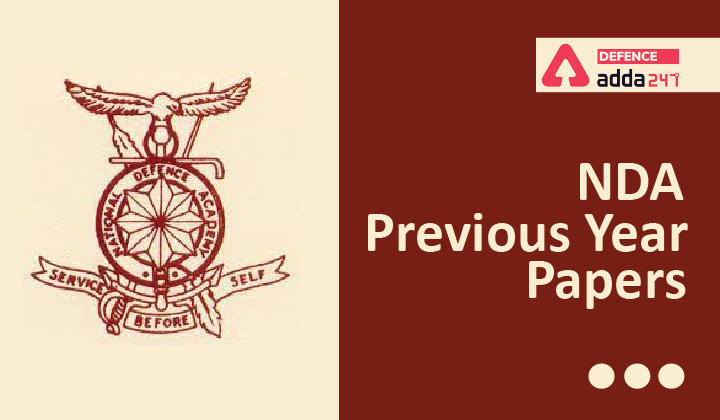 NDA Previous Year Question Papers: UPSC NDA 1 2023 official notification has been released on 21st December 2022 on its official website for the course commencing in 2023. NDA Exam is conducted twice every year by UPSC (Union Public Service Commission) to select eligible candidates for admission to the elite National Defence Academy and Naval Academy. The written examination will be conducted by the Union Public Service Commission for admission to the Army, Navy, and Air Force wings of the NDA and Indian Naval Academy Course (INAC). Candidates will be issued Admit Card for the same 10-15 days prior to the commencement of the NDA 1 2023 Exam.

When it comes to preparing for defence examinations or other competitive examinations, having an idea of what’s been asked in the past few years is a must. And, for that, previous years’ papers serve a great purpose as one gets to practice with time-bound mock tests with questions asked in previously held examinations.
Download previous year’s question paper PDF for NDA Examination from the below links and analyze how much you are ready to appear in the upcoming NDA exam.
Register for NDA (GAT) Scholarship Test

Once you attune yourself to constant practice with mock tests, the real examination no longer seems outlandish to you. So, practice hard, compromise it for nothing and ace NDA Exam this time. Stay tuned to Adda247 to get all the important information and the best material to study. We will make sure that you clear this exam easily. 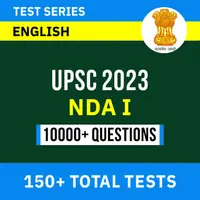 Ans. Yes, girls are allowed to appear for the NDA exam 2023.

Q3. Is there any negative marking in the NDA exam?

Ans. There is no negative marking in the National Defence Academy (NDA) examination.

Q4. What are the main subjects which need to cover under NDA Exam Syllabus?