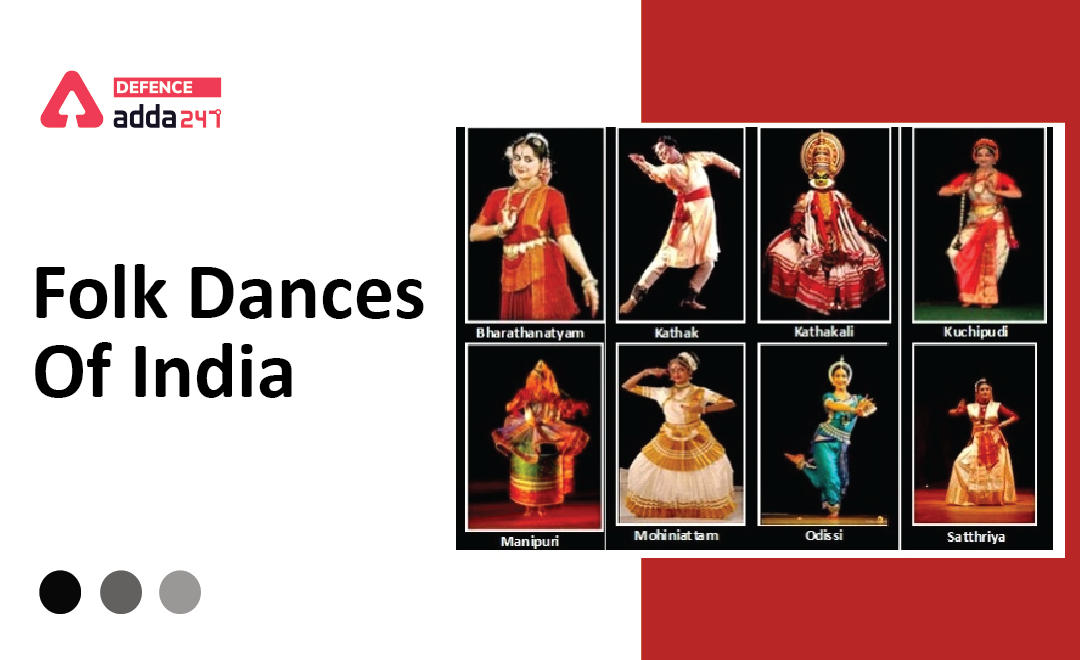 Human is a social animal we all know that and since the dawn of civilization humans have incorporated Recreating Activities in their daily routine, and when it comes to dance, we can find figures of dancing humans in groups in the prehistoric excavations.

Every Society we see today has a long history of evolution and during the course of evolution they developed some characteristic that make them unique, their culture becomes their recognition and India is the heartland of various such cultures which Thrive together , In this article we will discuss Folk Dances of India .

Folk dances are specific dances performed at a particular region and have survived from centuries giving us a glimpse of our past and the stories that showcase the dignity of a Particular religion or community.

Folk Dances are an integral part of the Static GK Syllabus, the list provided incorporates all the dances important from the examination point of view, hope it helps you in better preparation.

Some important Folk Dances In India

Let’s know about some state-specific details of different folk dances.

Dumhal and Rouff of Jammu and Kashmir

What is so special about folk dance?

Folk dances are specific dances performed at a particular region and have survived from centuries giving us a glimpse of our past and the stories that showcase the dignity of a Particular religion or community.

What is Kashmiri folk dance called?

Bacha Nagma is one of the major folk dance forms found in the Kashmir valley. It is also referred to as Bacha Gyavaun in certain parts of Kashmir.

What is folk dance of Haryana?

A distinctive traditional folk dance of Haryana, the Ghoomar dance is popular in the western parts of the state.

What is folk dance of Gujarat?

The dance form of Dandiya, also known as the stick dance, is one of Gujarat's most popular folk dances. Another most famous folk dance of Gujarat is Garba.