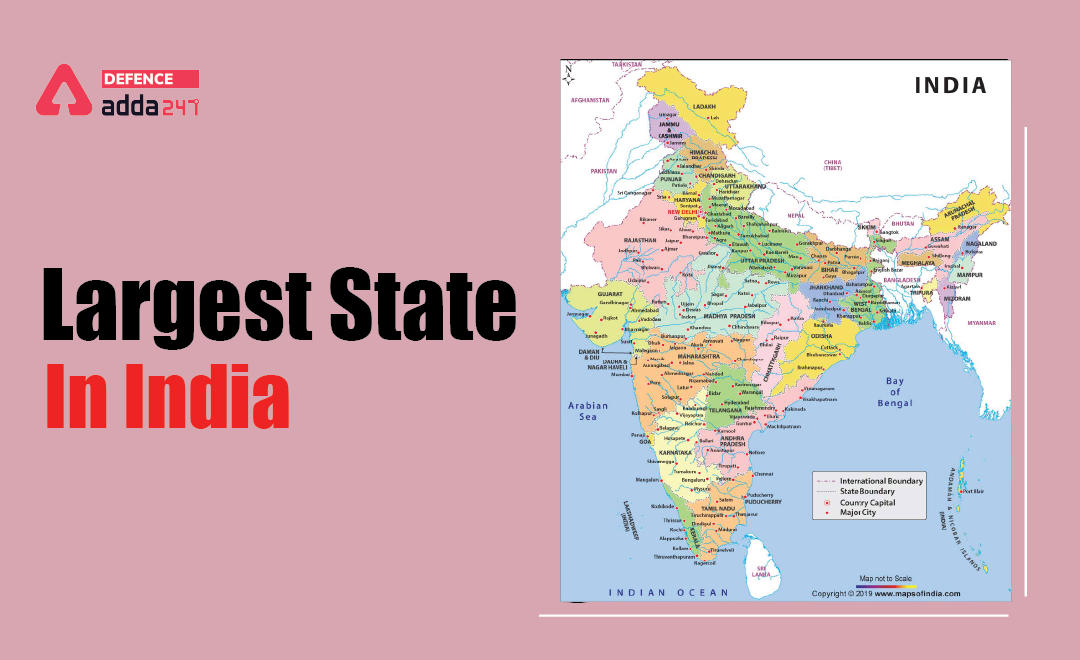 Largest State in India By Population

India, a land known for the unity in its diversity ,is also the second most populated country after China and estimates indicate it will surpass China very soon ,according to UN data , India’s population in 2020 is estimated at 1,380,004,385 people at mid-year ,so we can say that there are high chances of reaching 1.4 Billion soon , in the federal of India comprising 28 states and 8 Union territories ,Uttar Pradesh is the largest state by population.

Uttar Pradesh,  earns the title of being the most populous and fourth largest state of India . It rests in the north-central part of the country. On January 26, 1950, when India adopted its constitution , the state got its present name, Uttar Pradesh  which literally means “Northern State”.

Its capital is  the city of Nawabs i.e. Lucknow ,Uttar Pradesh is the most populous state in India. In the early 21st century it had an overall population density of more than twice the national average.

Maharashtra lies  in the western and central peninsular region of India , occupying a substantial portion of the Its physiography is characterized by low hills, extensive plateaus, and river valleys.The center of India is in this state.

Maharashtra is the second most populated state  in India as well as the third-most populous country subdivision in the world. It was formed on 1 May 1960 by splitting the bilingual  Bombay state, which had existed since 1956, The state is divided into 6 divisions  and 36 districts . with the state capital being Mumbai, it is  also the  most populated urban area  in India .

Bihar, state of eastern India . In November 2000 the new state of Jharkhand  was created from Bihar’s southern provinces and now forms the state’s southern and southeastern borders. The capital of Bihar is Patna .

Bihar occupied an important position in the early history of India. For centuries it was the principal seat of imperial powers and the main focus of Indian culture and civilization.

West Bengal, state of India is located in the eastern part of the country. Although in area West Bengal ranks as one of the smaller states of India, it is one of the largest in population.

The capital is Kolkata (Calcutta). west bengal was the first state from where the seeds of nationalism were sown and the national movement was started during british rule.

Madhya pradesh meaning the centre state ,located at the centre of india ,it is situated in the heart of the country. The state has no coastline and no international frontier.

Its physiography is characterized by low hills, extensive plateaus, and river valleys.the cleanest city of Bhopal is the capital of Madhya Pradesh.

Tamil Nadu is the eleventh largest state in India by area and sixth-most populous state according to the Human Development Index in 2011 .it is the second – largest state economy in India after Maharashtra.

Its official language is Tamil, which is one of the longest surviving classical language in the World.  Chennai is the capital of Tamil Nadu. Tamil Nadu has all segments of Tourist attractions which invite tourists.

Rajasthan, the city of rajpoots is a northwestern state of India. The capital city is the pink city Jaipur ,in the east-central part of the state. Rajasthan literally means “The place of the Rajas,” . it was formerly called Rajputana, “The Country of the Rajputs.

After 1947 the princely states and chiefships were  Integrated into India in stages, and the state took the name Rajasthan.

Karnataka,was formerly (until 1973) known as  Mysore,it is  located on the western coast of the subcontinent. The capital is Bengaluru (Bangalore), near the southeastern border.

Karnataka possesses a rich cultural heritage, complimented by the contributions of successive dynasties, which have fostered various religions and philosophies that, in turn, have influenced literature, architecture, folklore, music, painting, and other arts.

Gujarat is the seventh largest state of India with an area of 75686 Sq Km and it placed on west coast of Arabian Sea. According to the census of India 2011, approximately 60,383,628 people reside here.

The capital city of Gujrat is Gandhinagar and other major cities of the state are Ahmedabad, Surat, Vadodara, Rajkot and Bhavnagar. The state is build up with six divisions, namely Ahmedabad, Gandhinagar, Vadodara, Surat, Bhavnagar and the Rajkot.

Andhra Pradesh, is located in the southeastern part of the subcontinent. earlier Telangana was a region within Andhra Pradesh for almost six decades, but in 2014 it was carved off to form a separate state.

The capital of both Andhra Pradesh and Telangana is Hyderabad, The state draws its name from the Andhra people, who have inhabited the area since antiquity and developed their own language, Telugu.

Andhra Pradesh came into existence in its present form in 1956 as a result of the demand of the Andhras for a separate state.

Q1. Which is the largest state in India by Area ?

Ans. Rajasthan is the largest state in India by area.

Q2. Which is the second most populated state in India by population?

Ans. Maharashtra is the second most populated state in india .

Q3. Which  is the least populated state in India ?

Ans. Goa is the least populated state in India.

which is the largest state in India by Area ?

Rajasthan is the largest state in India by area.

Which is the second most populated state in India by population?

Maharashtra is the second most populated state in india .

Which  is the least populated state in India ?

Goa is the least populated state in India .

Which is most populated state in India ?

Uttar Pradesh is the most populated state in India