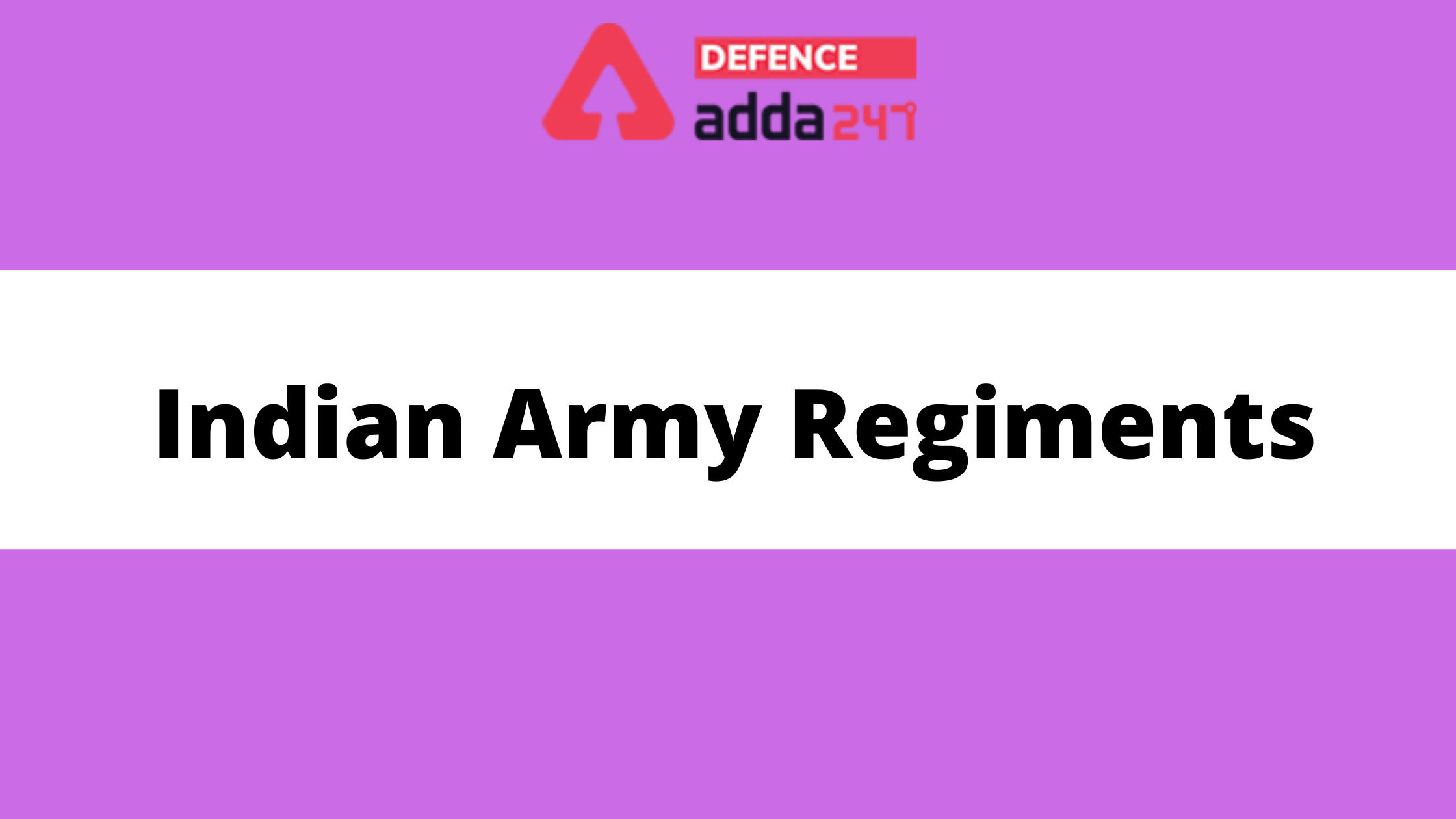 Regiments are the real strength of Indian army and it’s known for its valour and courage. They have diversified histories and have participated in several battles and campaigns not only in India but also around the world. So, in this article you will get to know about such regiments, their extraordinary achievements and about their powerful motto and war cry.

How Many Regiments in Indian Army

There is total 27 Infantry Regiments in indian army. All the list given below also you can read more about indian army regiments in below section.

1. Brigade of The Guards

The Brigade of The Guards is a mechanized infantry regiment of the Indian Army. It was raised as the first “all India”, “all class” infantry unit of the Army where troops from all over India serve together, unlike other regiments which recruit from specific regions, ethnic groups or religions.

The Brigade of The Guards made a record by being awarded the most battle honors after Indian independence. The regiment was the idea of Field Marshal K. M. Cariappa, who was the first Indian commander-in-chief of the Indian Army. With its raising, He coined the phrase; “The Guards, The Elite”.

The Punjab Regiment is the second oldest regiments still in service in the Indian Army, and is the most senior regional infantry regiment. It was formed from the 2nd Punjab Regiment of the British Indian Army in 1947 and has taken part in various battles and wars.

The Madras Regiment is the oldest infantry regiment of the Indian Army, originating in the 1750s. The regiment took part in numerous campaigns with both the British Indian Army and the post-independence Indian Army.

The Madras Regiment was initially formed as the Madras European Regiment in the 1660s by the East India Company as the second company established in India. However, it was formed as a battalion in 1748 under the command of Major Stringer Lawrence. The battalion was involved in all the battles against the French forces in India.

The Grenadiers is an infantry regiment of the Indian Army, formerly part of the Bombay Army and later the pre-independence British Indian Army, and then it was known as the 4th Bombay Grenadiers.
It has played a major role during the two world wars and also since the Independence of India. The regiment has won many battle honours and gallantry awards, and is considered to be one of India’s most decorated regiments as it is the awardee of three Param Vir Chakra in three different conflicts.

The Maratha Light Infantry is a light infantry regiment of the Indian Army. It was established as Bombay Sepoys, raised in 1768, making it the most senior light infantry regiment in the Indian Army. The class composition of the regiment was and is primarily formed by Maratha recruits from the former Maratha Empire.
The men are mostly drawn from all over the state of Maharashtra, with some percentage from Marathi-speaking areas of Karnataka including Coorg. The regimental centre has been in Belgaum, Karnataka, since 1922, which was part of the Bombay Presidency at that time.

In 1945 the numeral designation was dropped from the title and in 1947 the regiment was transferred to the newly independent Indian Army. Since independence, the regiment has been involved in a number of conflicts against Pakistan, as well as contributing to the Custodian Force (India) in Korea under the aegis of the United Nations in 1953-54 and to the UN Mission to the Congo in 1962.

The Jat Regiment is an infantry regiment of the Indian Army, of which it is one of the longest-serving and most-known regiments. The regiment has won 19 battle honours between 1839 and 1947, and post-independence it has won five battle honours, including 2 Victoria Cross, 8 Mahavir Chakra, 8 Kirti Chakra, 34 Shaurya Chakras, 39 Vir Chakras and 170 Sena Medals.

During its 200-year service history, the regiment has participated in various actions and operations in India and abroad, including the First and the Second World Wars.

The first battalion of the regiment was officially raised just before the partial annexation of the Sikh Empire on 1 August 1846, by the British East India Company. Currently, the Sikh Regimental Centre is located in Ramgarh Cantonment, Jharkhand. The Centre was earlier located in Meerut, Uttar Pradesh.

Since the independence of India in 1947, as per the terms of the Britain–India–Nepal Tripartite Agreement, six Gorkha regiments, formerly part of the British Indian Army, became part of the Indian Army and have served ever since. The troops are mainly from ethnic Gurkha communities of Nepal.

A seventh Gorkha Rifles regiment was re-raised in the Indian Army after Independence to accommodate Gorkha soldiers of 7th Gurkha Rifles and the 10th Gurkha Rifles who chose not to transfer to the British Army.

Units of the Dogra Regiment have fought in almost all conflicts of independent India. It is one of the most prestigious and most decorated regiments of the Indian Army.

It served during the frontier campaigns of the late 19th and early 20th Centuries, as well in both the World Wars and the wars fought after Independence. It is mainly made up of Garhwali people (People from seven districts of Uttarakhand’s Garhwal region.

The Kumaon Regimental Centre, established at Ranikhet, recruits Rajputs and Brahmins from the Kumaon region, and Ahirs from the plains

The Assam Regiment is an infantry regiment of the Indian Army. The regiment consists of 25 battalions: 15 regular battalions, 3 Rashtriya Rifles battalions, 5 Territorial Army battalions (including 2 ecological battalions). It recruits exclusively from all the eight Northeastern states of India.

INS Vikramaditya, the Indian Navy’s largest ship and its sole aircraft carrier is affiliated to the Bihar Regiment, Indian Army’s highly decorated and battle-hardened unit. The regiment also distinguishes itself by having the highest number of Rashtriya Rifles battalions among all regiments of the Indian Army.

The Mahars considered original inhabitants of Maharashtra. The community, also known as “Kathiwale” (Men with sticks), Bhumiputra (Sons of the Soil), Mirasi (Landlords) by tradition has the role of defending village boundaries from outsiders, invading tribes, criminals, and thieves. They also were also responsible for maintaining law and order throughout the villages as administrators. The Mahars have a long and proud tradition of bearing arms.

They remained in the original form until 1956 when Jammu and Kashmir Constituent Assembly effectively ratified the state’s accession to India. Then the State Forces became the Jammu and Kashmir Regiment of the Indian Army. In 1963, the designation was changed to Jammu and Kashmir Rifles. After the conversion, the Ladakh Scouts came under the aegis of the Regiment, where it remained until raised as a separate Regiment in 2002.