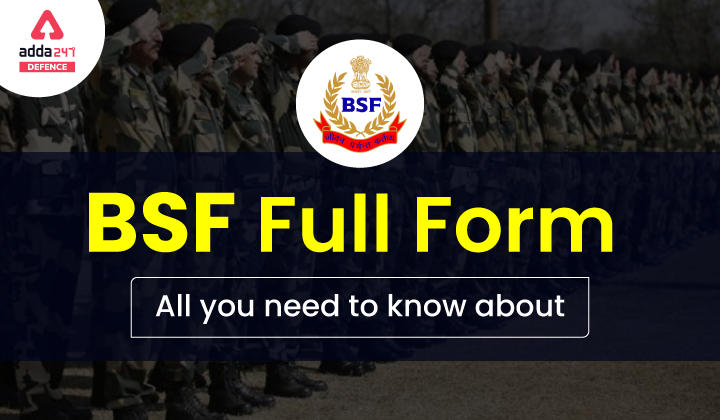 The full form of BSF is the Border Security Force. BSF is India’s paramilitary force with a duty to protect India and maintain peace.  and its headquarters is situated in New Delhi. BSF is that section of the Indian Army which keeps strict vigilance on the borders of our country India so that illegal immigrants or other terrorists cannot enter our country. They keep a strict eye day and night, in every adverse conditions, to make sure that India is safe.

BSF was created on December 1, 1965, as a specialized force with the sole responsibility of guarding India’s borders. The Emergency Committee of the Cabinet, under the leadership of then-Prime Minister Lal Bahadur Shastri, met on April 20, 1965, to discuss police in border protection role.

On May 17, a meeting between the Union Home Minister, the Union Defense Secretary, and the Chief of Army Staff put forth a blueprint for what would later become BSF. One of the most important proposals was the need to combine all border patrolling police units into one under the control of the federal government.

Suitable training, appropriate equipment, command structures, and appropriate roles were also discussed. BSF was born by combining 25 border battalions of the states’ police forces. Five out of the 12 India Reserve Battalions were also added to this new force. BSF was initially formed under the CRPF Act.

Parliament passed the Border Security Force Act, 1968, which contained BSF Rules. The specific task was the protection of the India-Pakistan border. BSF’s formation coincided with a cessation of hostilities with Pakistan.

The Logo of BSF has two spikes of grains, embracing the National Emblem of India and the typeface BSF. The motto of BSF “DUTY UNTO DEATH” is placed at the bottom.

During Wartime following duties are fulfilled by BSF

Ans. BSF is India’s paramilitary force with a duty to protect India and maintain peace.

BSF is India's paramilitary force with a duty to protect India and maintain peace.

What is the Full Form of BSF?

Q3.What is the Full Form of BSF in Hindi?