Skip to content
Home   »   Difference Between BSF, CRPF, ITBP and... 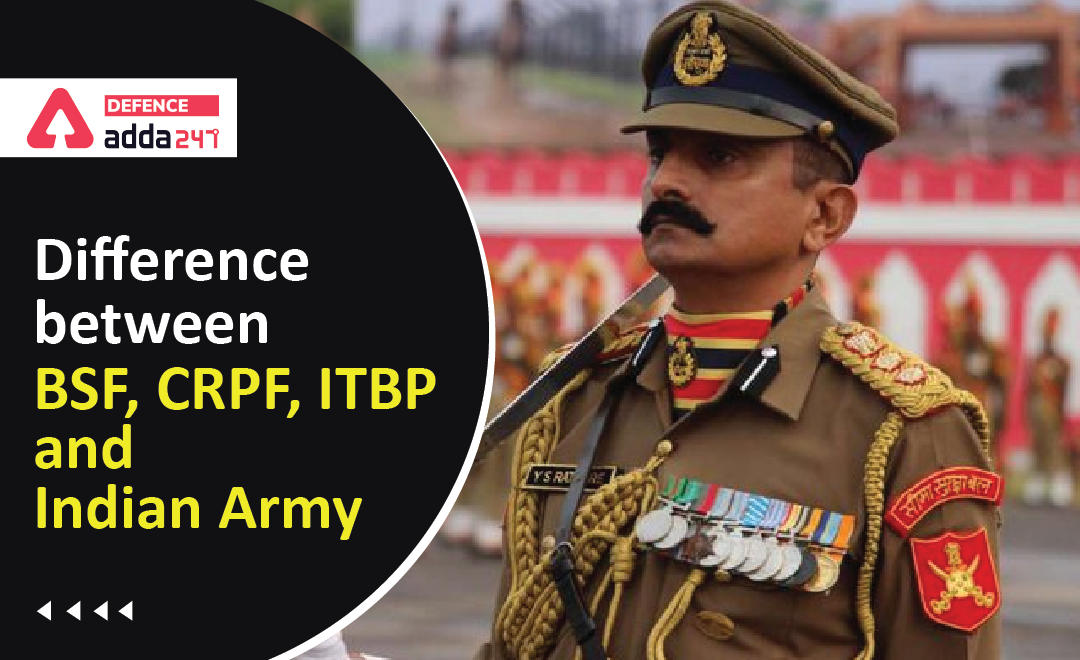 Central Armed Police Forces are responsible for internal security of our country. These forces have their own training centre , equipments. They are not connected with Indian Army except duty sharing is some circumstances. Central Armed Police Forces like BSF, CRPF, ITBP, CISF and SSB headed by IPS officers which are rank of Director-General (DG). These forces are not headed by military officers and hence not comes under military forces.

Indian Army on the other hand is one of the elite Armies of the world which comes under the Ministry of Defence. Indian Army is headed  by the President of India who is the Supreme Commander of Indian Armed Forces i.e Indian Army, Indian Air Force, Indian Navy.  It is commanded by the Chief of Army Staff (COAS), who is a four-star general.
Indian Army key responsibilities is to ensure national security and national unity, defending the nation from external aggression and internal threats, and maintaining peace and security within its borders. Indian Army conducts humanitarian rescue operations during natural calamities and other disturbances.