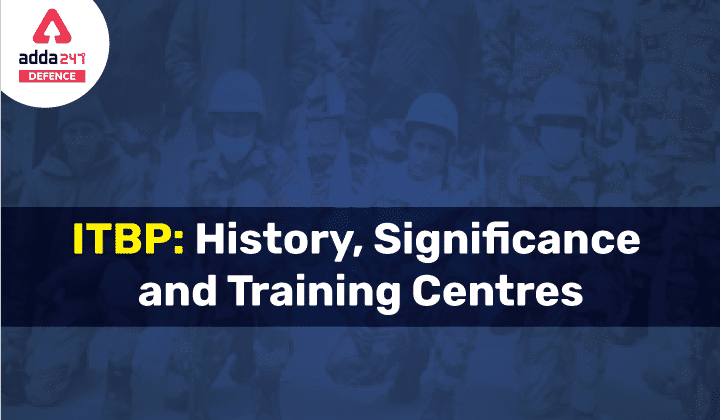 ITBP stands for  Indo-Tibetan Border Police . It is one of the seven prestigious central armed police force of India ,it primarily serves the purpose of guarding the border of India shared by Tibet, every year on 24th of october we observe the rising day of ITBP , It’s Headquarters are in New Delhi . ITBP personals are very well known by the name of HIMVEER, as most of the area they patrol comes under the snow clad mountain range .

ITBP was constituted  on October 24, 1962 for reorganizing the frontier intelligence and security set up along the Indo-Tibetan border.  it was the time when country was undergoing Indian-chino military disturbances ,Only four Battalions were sanctioned to at beginning. ITBP was at first raised under the CRPF Act.  the Parliament of India enacted the “Indo-Tibetan Border Police Force Act, 1992” in September 1994, to “provide for the constitution and regulation” of the ITBP “to ensure the safety and security of the borders of India.the first head of the ITBP was Inspector General, Balbir Singh, he was  a police officer previously belonging to the Intelligence Bureau,in  year 2004,ITBP, replaced Assam Rifles in Sikkim and Arunachal Pradesh , in accordance  with GoM recommendations on “One Border One Force”, the entire Area  of India-China Border comprising 3488 Kms was assigned to the ITBP for Border Guarding duty.

following are the duties vested in ITBP ,as mentioned in their propaganda

1.Vigilance  on the northern borders, prevention of border violations, and promotion of the sense of security among the locals.
2.To stop  illegal immigration ,  crimes and trans-border smuggling

3.to provide  sensitive installations, banks and protected persons.
4.Restore  order in any area in the event of disturbance.

The Himveers of country are always ready to serve the country with all their heart and life ,their symbol represent the Force motto Shaurya Dridhata Karamnishtha. It consist of  Ashoka  Chakra on top with two rifles. It inspires men to put duty before everything else.The motto of the Force is “Shaurya-Dridhata-Karma Nishtha” (Valour – Determination – Devotion to Duty). Himveers of  ITBP are dedicated to guard the borders with valour and determination.

ITBP personals are trained to instill the values of Bravery ,sacrifice , Valor , integrity, professionalism during the rigorous training program ,The Basic Training Centre at Bhanu, Haryana ITBP Academy at Mussourie, and the Mountaineering & Skiing Institute at Auli run the training programmes and conduct indoor and outdoor training activities.Personnel of veterinary wing of ITBP are trained in “Yak handling and Management”, at ICAR-National Research Institute on Yak. Yaks are  extensively used by ITBP for transportation and logistic purposes. The Training makes them apt for facing all the challenges encountered in the Himalayan areas and the trainees after completion of the training becomes worthy of the title HIMVEER.

Q1. Who is the founder of ITBP?

Q2. Why was ITBP created?

Ans. ITBP was  created for maintaining law and order in Indo -Tibetan Borders.

Who is the founder of ITBP?

Government of India founded the ITBP

Why was ITBP created?

ITBP was  created for reorganizing the frontier intelligence and security set up along the Indo-Tibetan border.