As NDA exam was conducted on 14 November in various centers across the country, and the only thing that matters once the exam is over is the Answer key and cutoff. NDA 2 2021 Cut Off Marks will be out very soon as the exam is conducted by UPSC and we know UPSC is very punctual when it comes to conducting exams and announcing results.

To estimate this year cut off, we will see the NDA Previous year cut off trend. As seen in the previous exams the sectional cutoff generally is 25% in each individual subject, and the aggregate cutoff is generally between 300-350 depending on the difficulty level of the exam. Here we are providing you previous year cutoff marks so ultimately you can figure out. 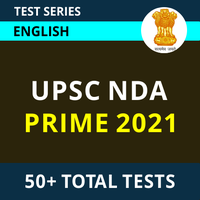