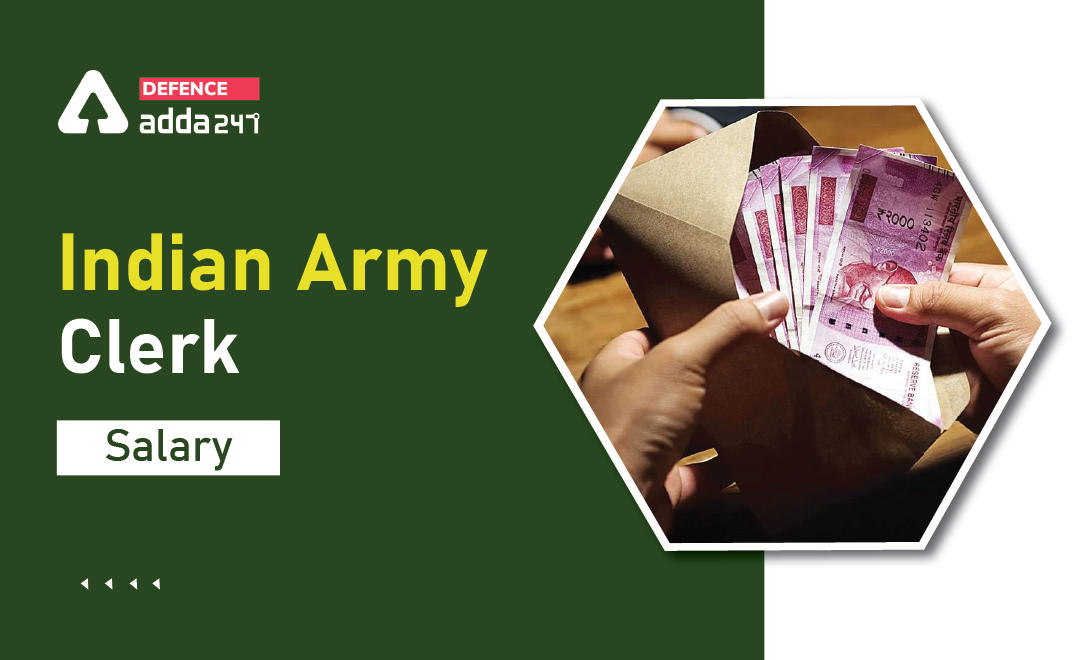 For Indian Army Clerk, a recruitment exam is conducted which is consisted of three stages-
Clearing all the three stages, a person is able to become a clerk in Indian army.
In Indian Army, there is a probation period for two years for the candidates who get selected for the post of Clerk in the Indian Army and during these 2 years, their performance is analyzed. And on the basis of that analysis, they are later considered as permanent employees in Indian army.
Given below are the various roles and responsibilities of Indian Army Clerks –

Indian Army Clerks get their amount amount of salary on the basis of 7th pay commission guidelines. With the time they are given various increments in the salary. Generally, they begin with the  monthly salary of Rs.20,000. They are also provided with different sort of allowances. On an average Indian Army Clerks receive Rs. 32,000 per month, it means that annual package for the position of a clerk in the Indian army is approx Rs 3,00,000.

As mentioned above, Clerks in Indian Army are provided with some fixed allowances along with their fixed pay and the salary structure for the same is given below –

Employees are granted various allowances and other benefits along with their handsome amount of salary but it is only available after the person crosses his/her probation period.

These benefits and perks are in the form, mentioned below –

In-hand Army Clerk Salary is the remuneration that the person get every month after the deduction of tax, PF, gratuity, and other such things. After receiving various bonuses, their in-hand salary increases almost every year. Increments can be enjoyed by the person once he/she completes the probation period. The Army Clerk Salary per month amounts to Rs.25,000.