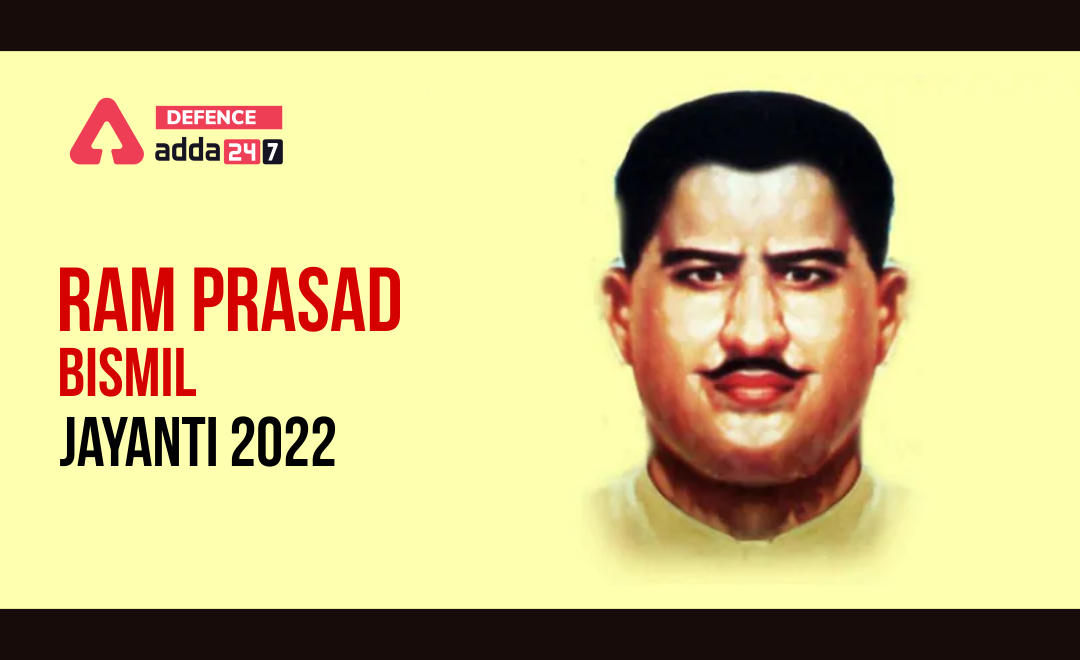 “Dear youths, sacrifice your life for the motherland, and she will bless you.” This is what the great revolutionary martyr, Pandit Ram Prasad Bismil (11 June 1897 — 19 December 1927) said and he also lived his life upto his words.

Pandit Ram Prasad Bismil was a freedom fighter who played an active role in India’s freedom struggle and to remember his contribution towards independence of India, June 11 is celebrated all over India as his birth anniversary.

Sacrifcices of Ram Prasad Bismil became an inspiration to the youngsters of the country. He was not just a revolutionary but he was also a writer. He is quite famous for his participation in the Mainpuri Conspiracy of 1918 and the Kakori Conspiracy of 1925 to show resentment against British colonialism. Not just this, he played other major roles in independence of India.

Who was Pandit Ram Prasad Bismil ?

Pandit Ram Prasad Bismil was born in a Brahmin family in 1897, in a village of Shahjahanpur district of Uttar Pradesh. His father, Muralidhar was an employee in Shahjahanpur Municipality. His family faced many financial problems time to time. From his early age, he was associated with the Arya Samaj and his father was not happy with this decision.

He gave himself various pen names like ‘Bismil’, ‘Ram’ and ‘Agyat’ and with these names he wrote many inspiring patriotic poems in Urdu and Hindi. He got his first motivation after he got to know about the death sentence passed on Bhai Parmanand, who was an Indian nationalist and a Arya Samaj missionary. And in the young age of 18, He wrote poem ‘Mera Janm’ to show his anger. He was also a multilingual translator and his famous poem Manipuri’s Pratigya became very famous.

With Mainpuri conspiracy of 1918, Bismil got popular as a revolutionary. Bismil along with Genda Lal Dixit, a school teacher from Auraiya, inspired and mobilised youth from Etahwah, Mainpuri, Agra and Shahjahanpur districts of Uttar Paradesh whihc helped them in bolstering the strength of their organisations like ‘Matrivedi’ and ‘Shivaji Samiti’. He distributed a pamphlet titled ‘Deshwasiyon ke Naam’  along with his poem ‘Mainpuri ki Pratigya’ on January 28, 1918. He even looted government coffers to collect funds for the parties.

Famous Kakori Incident Which led to His Death:

Famous revolutionaries including Chandrashekhar Azad, Bismil, Ashfaq Ulla Khan, Rajendra Lahiri and Roshan Singh looted a train on august 9, 1925, between Kakori and Alamnagar near Lucknow. That train was loaded with the treasury of the British empire. Ashfaq Ulla Khan, who was also born in Shahjahanpur, was a very close friend of him and like him, he was also a poet.

Kakori Conspiracy is one of the most remembered incident in the history of independence of India. It was a direct attack against britishers to stop them from taking the wealth of Indians.

On December 19, 1927. Three of them, Ram Prasad Bismil, Ashfaq Ulla Khan and Roshan Singh were hanged by the British for their rebellious attitude which helped India in getting Independence. He was hanged at Gorakhpur Jail and his last rites were performed on the banks of  Rapti river.