Skip to content
Home   »   How to Become Indian Air Force... 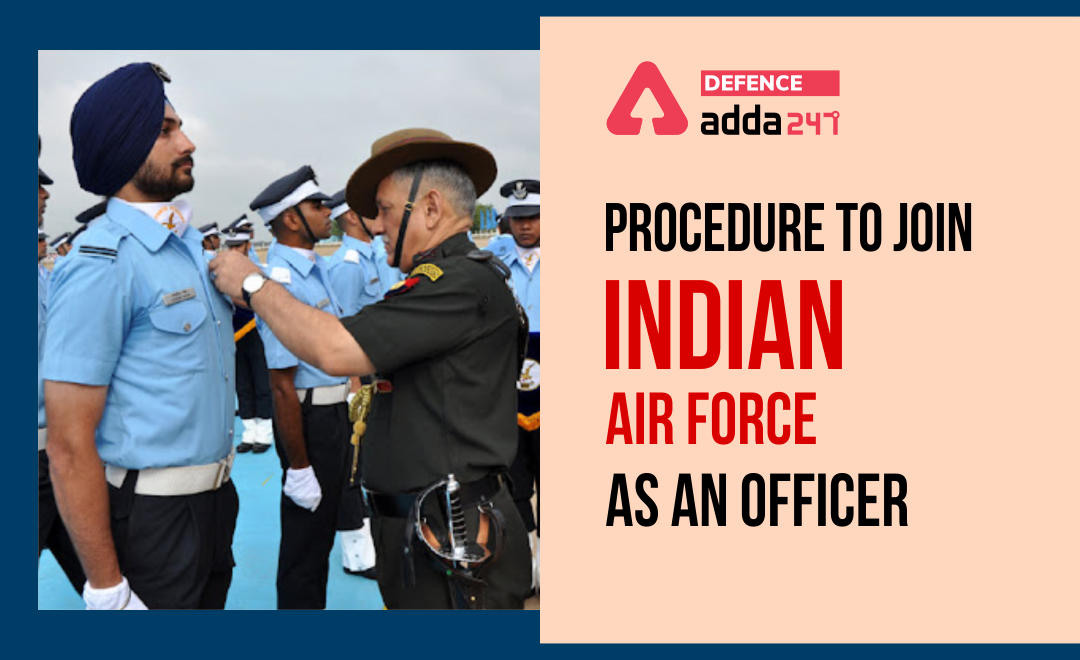 An officer is a member of an armed force or uniformed service who holds a position of authority. To be able to lead and control, requires the ability to motivate yourself, inspire others and make tough decisions efficiently.

When you join to become an Air Force Officer, IAF help you develop your leadership and management skills, preparing you fully to take on the challenge of leading in real life situations. Lessons in team work, developing communication skills and confidence, honing strategic and dynamic thinking and preparing you to face pressures with ease are grilled into an Officer during his training.

The Air Force teaches you all, not only making men and women of young boys and girls but making them leaders in life. An officer’s strength of character and strong moral compass make him/her stand out from the crowd at all times. As an Officer in the Indian Air Force, you will inherit a glorious heritage and timeless traditions of the IAF, blended perfectly with the latest technology as well as you will strategise, lead and manage.

Depending on your qualifications, you could join one of the various branches in the IAF. Broadly the Air Force has three branches with further sub-streams :

You surely fly high by joining the Flying branch of the IAF. You are trained as a Fighter pilot or a Helicopter pilot or a Transport pilot and are part of various peace and wartime missions.

As a Graduate/ Engineer, you enter the Flying branch through the Air Force Academy.

As an officer in the Ground Duty (Technical) Branch, you propel and manage your team to ensure that the Indian Air Force remains airworthy. You would be incharge of some of the most sophisticated equipment in the world by joining one of the sub branches based on your qualification.

As an officer in the Ground Duty(Technical) Branch, you propel and manage your team to ensure that the Indian Air Force remains airworthy. You would be incharge of some of the most sophisticated equipment in the world by joining one of the sub branches based on your qualification.

Managing human and material resources, the Ground Duty (Non-technical) Branch is the mechanism that steers the Indian Air Force.

Men can enter through this mode of entry and will get a Permanent Commission.
Eligibility criteria:

For all entries other than NDA and CDSE and for all branches, candidates have to undergo the AFCAT. The test is conducted twice a year in February and August. Advertisements inviting applications for AFCAT are out in June and December. Candidates are to apply as per the advertisement.

Stage I is a screening test. Those who qualify Stage-I are eligible to undergo Stage II testing. Stage I disqualified candidates are routed back after announcement of results.

These tests will be explained to you in detail before they are conducted at the Selection Board.

The following is the schedule for OLQ Tests:

Instrument Battery Test (INSB) is a paper pencil test and other two are machine tests. The Instruments Battery Test (INSB) involves two sections. This test evaluates osmosis of the preparation and the capacity of a person to peruse and decipher the dials of an instrument board of an airplane. The up-and-comers who score the base set down standards are exposed to the machine test. The machine test incorporates the Sensory Motor Apparatus Test (SMA) and Control Velocity Test (CVT). These tests measure the psychomotor co-appointment expertise of the person. These tests are directed on a solitary day and controlled just a single time in a lifetime.

At the Conference hung on the most recent day, all the Assessors for example the Psychologist, Ground Testing Officer and the Interviewing Officer, talk about your character and choose if to suggest you. Those suggested by the AFSBs will be needed to top off specific archives at the Boards and along these lines move to the following stage.

On the off chance that you are suggested by the Selection Board, you will be sent for the clinical assessment either at Air Force Central Medical Establishment (AFCME), New Delhi or Institute of Aviation Medicine, Bengaluru.

An All India Merit List is assembled based on your presentation in the composed test and AFSB talk with, subject to being restoratively fit. In light of the opening accessible in different branches/sub-branches, joining directions are given to go along with one of the Training foundations.