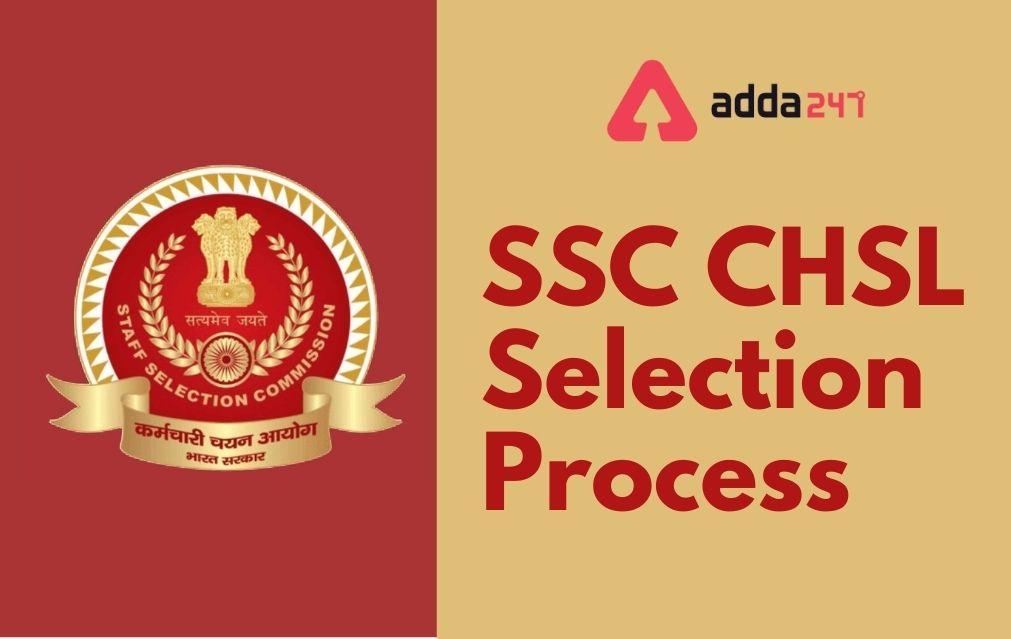 SSC CHSL Selection Process 2022: The candidates who are planning to appear for the SSC CHSL examination must know the complete SSC CHSL selection process for better preparation. The exam conducting authority- The staff Selection Commission has framed a selection process to shortlist candidates for various posts under various ministries/departments/offices. The SSC CHSL selection process 2022 is compiled of three stages before final allotment that is an objective test, a descriptive test and a skill test. The aspirants must qualify for all these three stages to get selected for the recruitments.

The SSC CHSL 2022 Tier- 1 selection process is a Computer Based Examination and contains Multiple Choice Questions (MCQs) for 200 marks with 0.5 negative markings. The duration of the exam is 1 hour or 60 minutes. The questions will be set both in English as well as the Hindi language for Part II, III & IV. This online examination is divided into four sections:

The Tier-2 selection process of SSC CHSL 2022 consists of a descriptive paper in Pen and Paper Mode. The Paper comprises a writing essay of 200-250 words and a Letter/ Application of approximately 150-200 words. The Tier-2 exam is of maximum marks 100 for 1 hour. The minimum qualifying marks in Tier-2 is 33% and the marks scored in Tier – 2 are considered for preparing the final merit list.

The Tier-3 selection process of SSC CHSL 2022 consists of a Skill Test/Typing Test. The candidates who obtain the minimum qualifying marks prescribed by the Commission and qualify in the Tier-1 and Tier-2 examination will be called for Skill Test/Typing Test. Tier 3, of SSC CHSL selection procedure 2022 is used to test the practical knowledge of the candidate. The Skill Test is of qualifying nature and is conducted on computed to test the typing skills of the candidates. Candidates applying for the posts of LDC/ JSA & PA/ SA will have to appear for Typing test while for DEO posts it is a practical skill test.

If there is a tie between two or more candidates then it will be resolved with the following priorities:

Q. How many stages are there in the SSC CHSL selection process 2022?

Ans. There are three stages in the SSC CHSL Selection process 2022. That is tier 1 which is Objective type CBE (Computer-based Examination), tier 2 which is descriptive in nature and tier 3 or the skill/typing test.

Ans. There are a total of four subjects in the SSC CHSL Tier 1 Exam 2022 which are Quantitative Aptitude, General Intelligence, English Language and General Awareness/ General Knowledge.