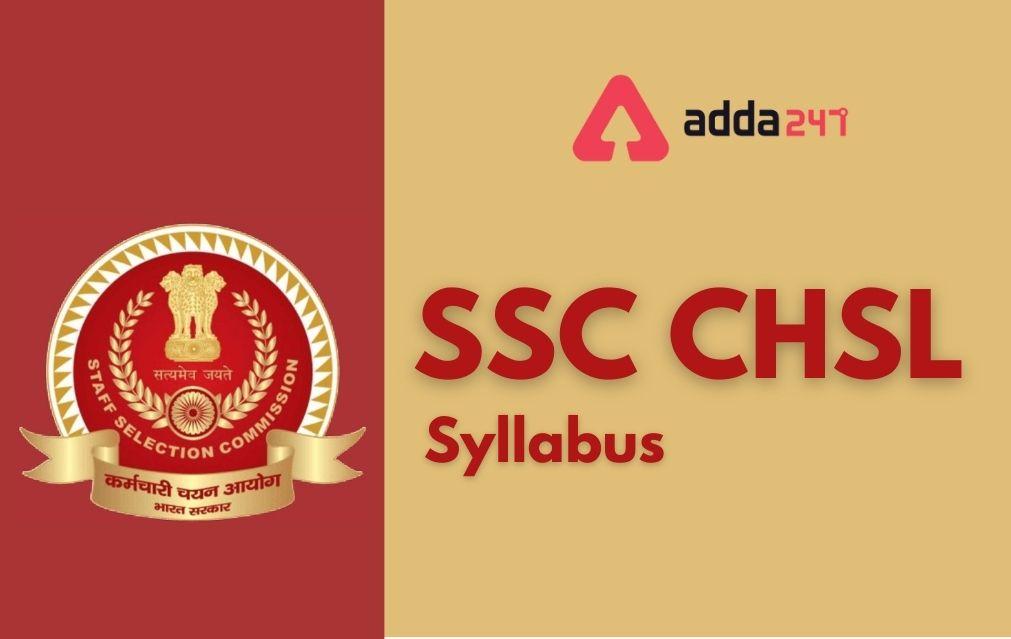 SSC CHSL Syllabus 2022: The Staff Selection Commission (SSC) has released the Exam Pattern and Syllabus of the SSC CHSL exam in the official notification of CHSL, the details of the syllabus is mentioned in the article as given in the notification. Candidates can go through the article to strategize their preparation for the exam with the SSC CHSL Syllabus and SSC CHSL Exam Pattern. Here we present the detailed Syllabus, marks, the question asked, exam pattern, and other important changes.

Staff Selection Commission (SSC) conducts Combined Higher Secondary Level (CHSL) Examination in three Tiers namely Tier 1, Tier 2, and Tier 3. While SSC CHSL Tier 1 is conducted in Online Mode on the other hand Tier 2 is conducted in Pen and Paper mode and Tier 3 is Computer Skill Test. It is very important for candidates to know SSC CHSL Syllabus 2022 to prepare well. All candidates must stay updated about the latest changes in the SSC CHSL syllabus and exam pattern to prepare thoroughly for SSC CHSL 2022.

The Topic-wise Syllabus of Tier 1 is given below:

As mentioned above, this paper requires candidates to write an essay and Letter/Application that tests the writing skills of the candidates. Check the main points of SSC CHSL Tier II:

Tier III of SSC CHSL 2022 will be a Skill/ Typing Test which would be of qualifying nature. The final merit of the selected candidates will be based on the basis of the total score obtained in Tier I and Tier II.

Candidates have to do well in all the Tiers i.e., Tier 1 and Tier 2, and Tier 3 of SSC CHSL to get the desired post and location.

Q 1. How many tiers of exams are there in SSC CHSL.?
Ans. SSC CHSL is conducted in two stages i.e., Tier I and Tier II.

Q 5. For how many marks SSC CHSL Prelims is conducted.?
Ans. SSC CHSL holds 200 marks, it is included in the merit list.