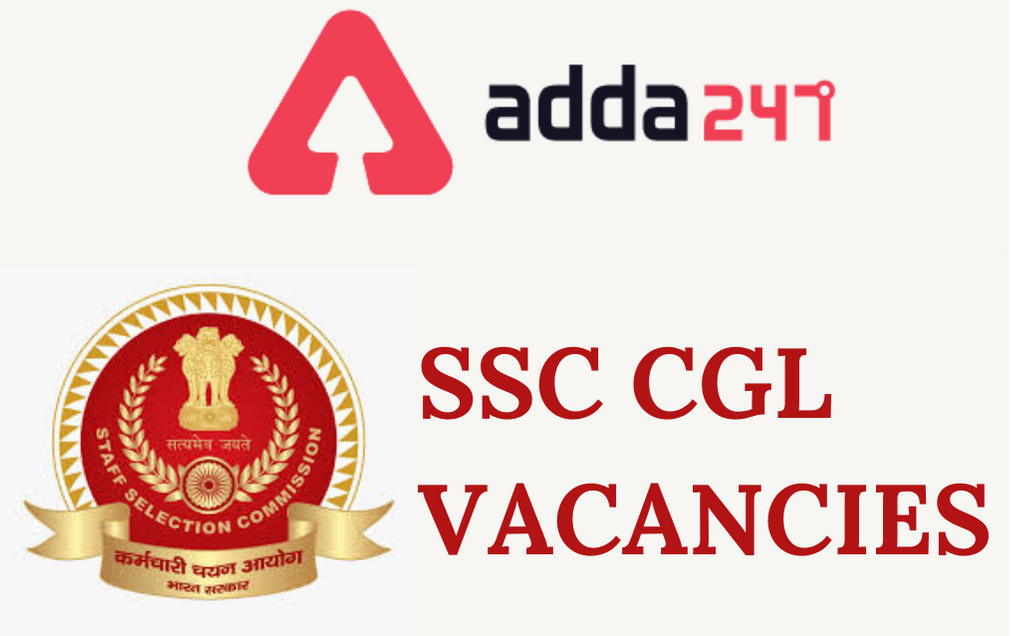 A total of 7035 vacancies have been notified by the Staff Selection Commission in which 2891 vacancies are declared for the General category. The vacancies have seen a decrease as compared to SSC CGL 2019-20, where a total of 8582 vacancies were notified.

Given here is the detailed information on SSC CGL Department-wise vacancy, taking into consideration the age group. SSC has released the vacancies in February 2020. Candidates can now know about the vacancies through the table.

The number of vacancies has been important information for the candidates, who had applied for the SSC CGL 2020-21. Candidates can check the tentative vacancies released by Staff Selection Commission(SSC) for CGL 2020-21 Exam. The category-wise vacancy is given below.

Please refer to the given table for department-wise and category-wise vacancies under SSC CGL. 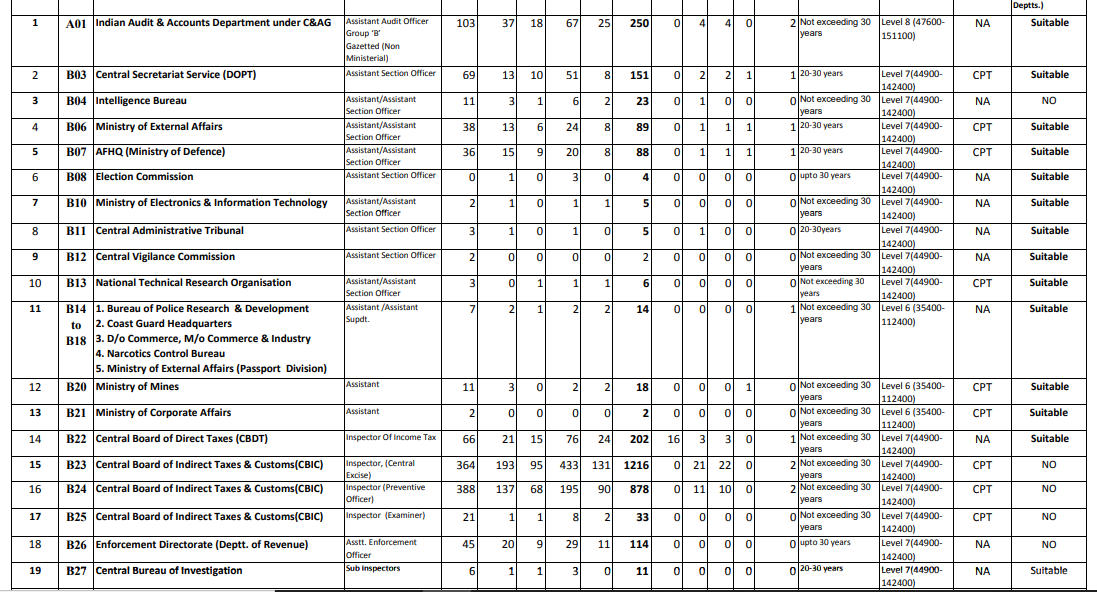 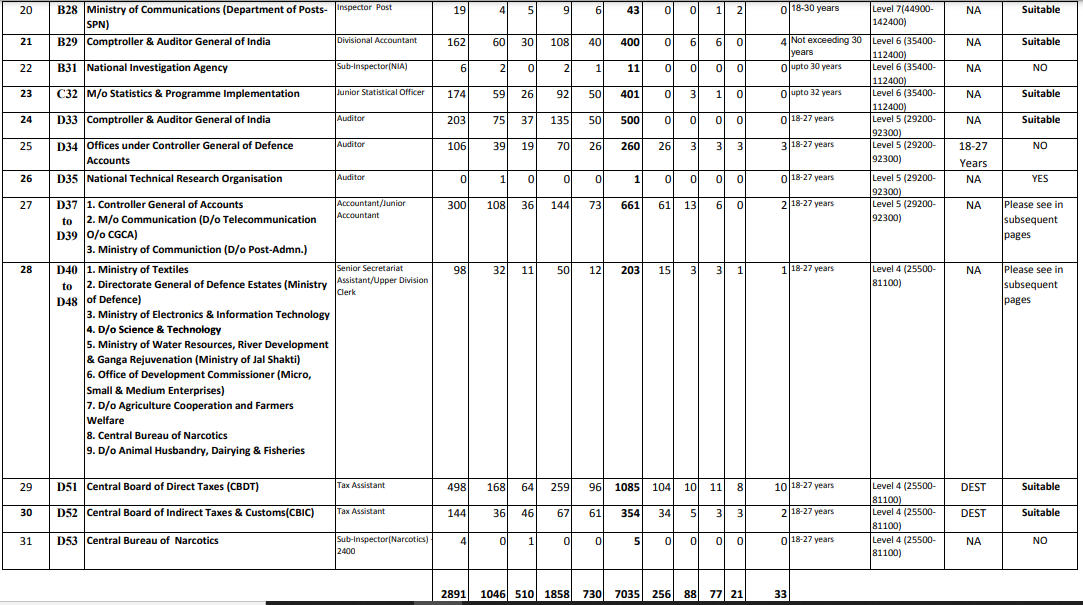 From the given comparison we can observe that there has been a reduction in the number of vacancies as compared to 2020-21.