Life Insurance Corporation (LIC) is about to release the Cut off for Prelims Exam of LIC Assistant 2019. For the analysis of their performance, and to ensure their qualification into the next round, candidates need to check the expected cut off for LIC Assistant Prelims Exam 2019. The cut off is released after the result. The article provides the Assistant cut off as per the qualifying marks of the exam.

A critical information to qualify an exam is the cut off, which is generally anticipated by the candidates after the result. LIC Assistant Cut off is that criteria which ensures selection or qualification of the candidate for the next round. The official cut off for the exam will be updated here as and when it is released on the LIC site, licindia.in. Read further to check expected cut off.

Expected Cut Off for LIC Assistant 2019

Expected Cut Off for LIC Assistant Exam (Prelims) is provided category wise, depicted through the given table. The prepared table gives a guesstimate of the cut off. Candidates qualifying the prelims exam will then be appearing for the main exam, about which they will be notified.

Note to the candidates for the exam: From the exam analysis, out of 100 MCQs, the difficulty level was between “Easy to Moderate”. Language subjects, English and Hindi were only qualifying, which will not be considered for the preparation of the final merit list. However, taking into consideration the number of vacancies, the cut off is expected quite higher.
There will be no penalty for marked wrong answers. However, random guessing is not advisable. A tabulation of minimum qualifying marks is also provided, to check the minimum scores a candidates must obtain.
Check LIC Assistant Syllabus & Exam Pattern

Candidates may check some important information from the handout released by the official website LIC.
The table below depicts LIC Assistant Minimum Qualifying marks 2019 for Prelims Exam:

The Scores of Online Examination will be obtained by adopting the following procedure :
(i) Number of questions answered correctly by a candidate in each objective test is considered for arriving at the Score.
(ii) The Scores so obtained by a candidate are made equivalent to take care of the minor difference in difficulty level, if any, in each of the objective tests held in different sessions to arrive at the Equated Scores*
*Scores obtained by candidates on any test are equated to the base form by considering the distribution of scores of all the forms.
(iii) Test wise scores and scores on total is reported with decimal points upto two digits

Candidates are requested to stay updated with the website to check the official LIC Assistant Cut off 2019. It is released after the result. 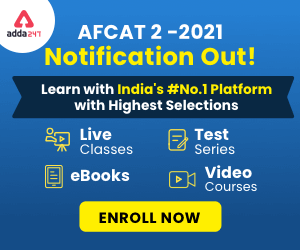