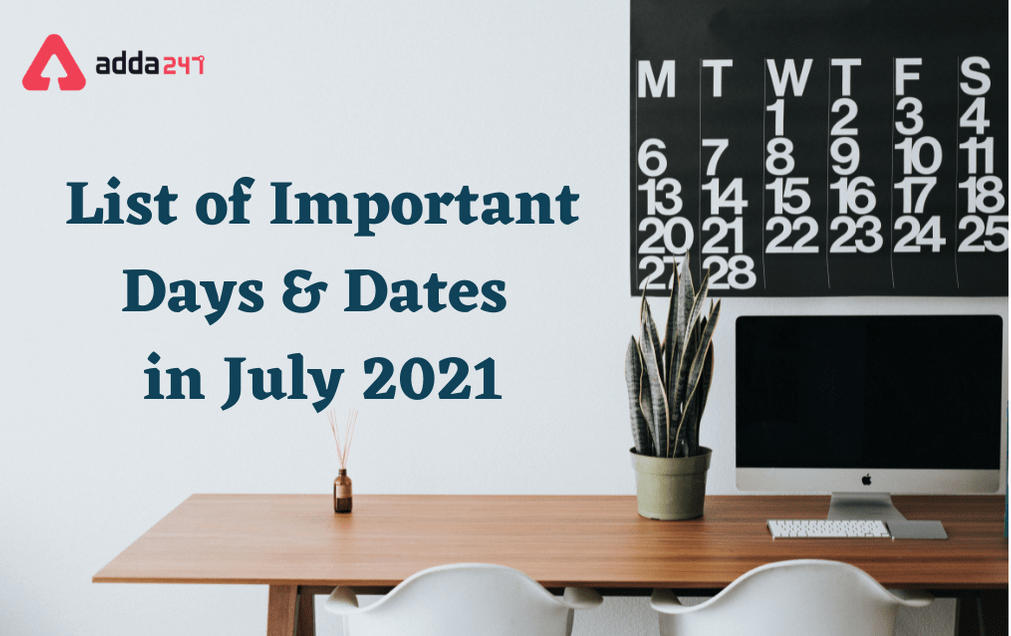 July is the seventh month of the calendar holding some of the most important national and international days of 2022 including World Population Day, National Doctor’s Day, World UFO Day, and many more. Many competitive examinations including UPSC Civil Services, SSC, NDA, CDS, PSC, or even Banking Exams require proper preparation in the General Knowledge section. Following the trend of questions asked in the exams, a lot of questions are asked from the Important Days and Dates section, so the aspirants must be well aware of the days, their significance, and when the days were originally celebrated. Adda247 has come up with a complete list of special days and dates in July 2022.

Important Days and Dates in July 2022

Below is the tabulated data for all the important days and dates in July 2022. The candidates preparing for competitive exams can go through the table and learn something new if missed earlier. 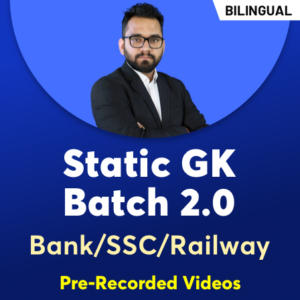 The first day of the seventh month of the calendar is celebrated as National Doctor’s Day to honor the doctors in the country an signifies the contribution of the doctor’s humane service for treating the patient’s of the country. This day is observed to honor the legendary physician and West Bengal’s 2nd Chief Minister, Dr. Bidhan Chandra Roy in the remembrance of his birthday. He was also honored with the highest civilian award Bharat Ratna. It was first celebrated in 1961 by the Govt. Of India.

World UFO Day was first coined by Edward J. Ruppelt in the 1950s an officer with the United States Air Force, as a way to replace the prevailing terms used for unidentified objects in the skies at that time. The significance of this day is to bring together all the UFO enthusiasts and to raise awareness about UFOs.

World Journalist Day was first coined in 1994 to mark the 70th anniversary of the International Sports Press Association (AIPS) foundation. The significance of this day is to encourage the sports journalists to strive for excellence in their work and to set an example to the world – not only to the world of sport but to the world at large

Every 1st Saturday of July is celebrated as International Day of Cooperatives since 2005. The aim of celebrating this day is to increase awareness of cooperatives and promote the movement’s successes and ideals of international solidarity, economic efficiency, equality, and world peace. The main aim is to strengthen and extend partnerships between the international cooperative movement and other actors, including governments, at local, national and international levels.

July 4th is celebrated as American Independence Day, a federal holiday is observed in the United States since 1941. As the Fourth of July 2022 is on Sunday, July 4, 2022; therefore the federal holiday will be observed on 5 July, Monday.

On the 6th July, World Zoonoses Day is celebrated all over the world since 1885. The purpose of this day is to raise awareness of the risk of Zoonotic diseases. The word “Zoonoses” is derived from Greek, where Zoon means animal and noses means Sickness.

World Population Day is annually observed on 11th July every year, for raising the awareness of global population issues and addressing the nation about the reproductive health problem. The day was first coined in 1989 by the Governing Council of the United Nations Development Programme, New York.

Every year on 12th July, World Malala Day is celebrated in the significance of the struggle and hardship of Malala Yousafzai faced by her and made an example in front of all world. On this day, a 16-year-old Pakistani-origin girl named Malala Yousafzai made her famous speech on the education of girls in the United Nations. After which, the United Nations declared 12 July as ‘Malala Day’, she also celebrated her birthday on this day.

Every year, 18 July is observed as Nelson Mandela International Day in honor of Nelson Mandela’s birthday. The day was first coined in November 2009 and the first UN Mandela Day held on 18 July 2010. Every year the day is celebrated to shine a light on the legacy of a man who changed the 20th century and helped shape the 21st century.

Each year, 28 July is celebrated as World Hepatitis Day for raising global awareness about the virus Hepatitis and vaccine individuals against the Hepatitis diseases. The day was originated by World Health Organisation (WHO) in 2008. Earlier, it was declared to be celebrated on 19th May, but later on in 2010, the date was changed to 28th July after the World Health Assembly decided to commemorate the birthday of Baruch Samuel Blumberg, an American physician who discovered hepatitis B