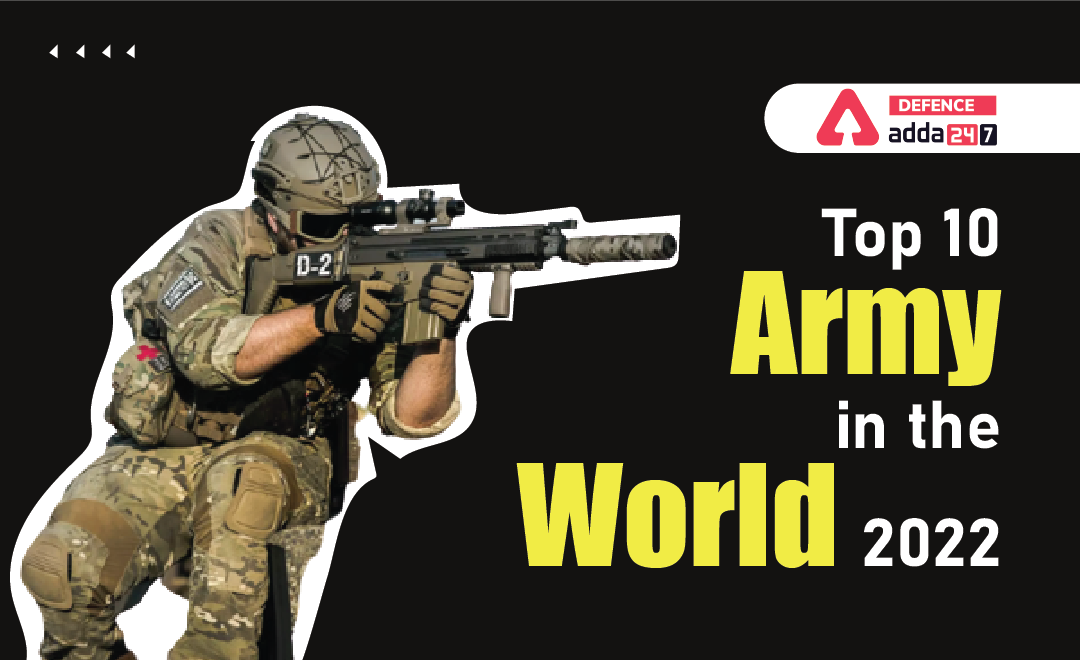 In these changing geopolitical times, every country is trying their level best to modernize their Army and to become better than other enemy countries. The biggest example of this is, the countries who have never been the part of full-fledged wars, like Sweden or Finland are now considering to become the part of NATO alliance and something similar event is the cause of ongoing Ukraine and Russia War which has brought a drastic change in the current situation of the world.

So in nutshell it has now become the basic necessity of any country to become competent enough to save their borders from any possible danger and for that every country is investing in every form to make their armed forces stronger than before. Even India is witnessing a tremendous change in the capabilities of their armed forces, be it procurements of the weapons, increasing share of defense in GDP or changing pattern of countering their enemies.

In this article we will see the top 10 Army in the world on the basis of the report published by Global Firepower Index.

The Global Firepower Index is a rating of the military forces of all countries in the world. It works on 50 parameters to give the ‘PowerIndex-score,’ which includes weapon numbers, weapon diversity, natural resources, including available industries to the workforce, financial stability, logistical capability, and geography etc.

Top 10 Army in the World: Position of India

As per Globalfirepower, the Indian military has a combined 4,207,250 active and reserve personnel in service. Now we will see the individual capabilities of all the three forces Army, Air Force and Navy alongwith the nuclear capability of the nation –

The Indian Army is seemingly the foundation of the Indian military. The troopers who watch India’s lines and tackle the security dangers of the country in the most testing circumstances have made the Indian Army pne pf the most toughest forces worldwide and third strongest in the world after China and the US which are ranked at number 1 and 2 respectively.

Air power is critical in the midst of war, struggle, for observation, reconnaissance, salvage, special forces and so on. The Indian military has assault airplane, warrior airplane, planes, surveillance airplane, carriers, assault helicopters, air prevalence contenders and so on. Some airplane can serve numerous roes like the commissioned Rafale are multi-role combat aircraft.

The Indian Navy is the fifth biggest naval force on the planet. It consists of submarines, nuclear powered submarines, conventionally powered submarines, aircraft carrier, destroyers, frigates, amphibious warfare ships, corvettes and others. The Navy has highlighted its importance time to time. Be it 1971 conflict with Pakistan or securing Indian maritime space in Indian Ocean, Arabian Sea, Bay of Bengal and in South China Sea, it has always been proved to be an indispensable part of Indian Armed forces.

As indicated by Arms Control Association, India’s atomic reserve has 130 warheads. From July 2017, it shows India’s atomic reserve as the seventh biggest worldwide. India has an assortment of launch system that can deliver nuclear warheads for example missiles launched from land or from naval vessels and even submarines.