Skip to content
Home   »   Role of Women in Armed Forces 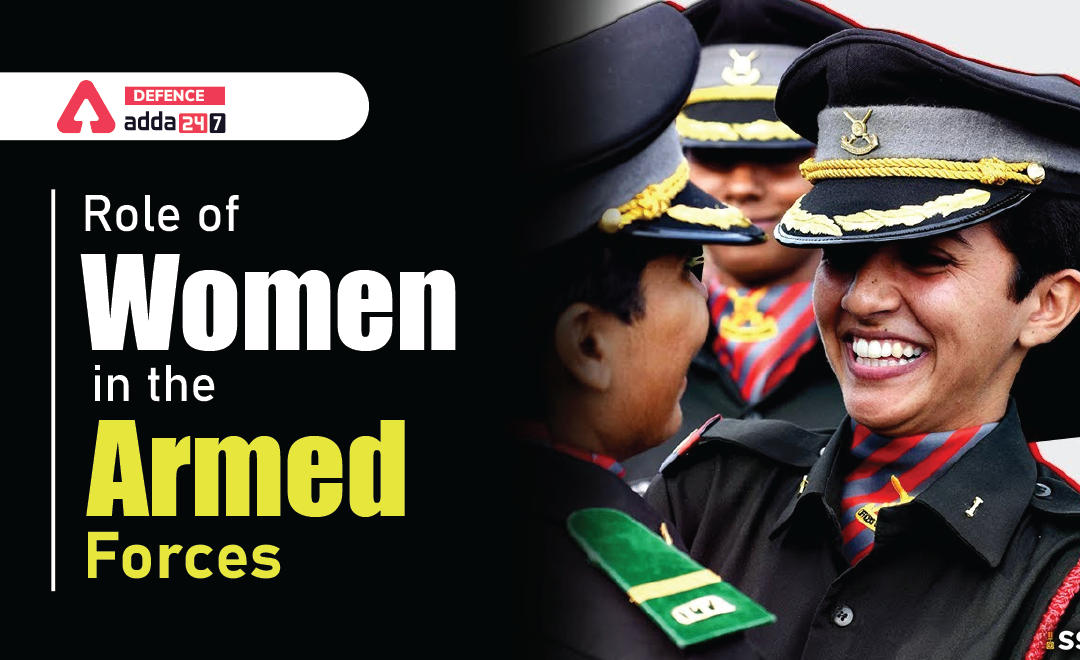 Role of Women in Armed Forces

In this article you will get to know how to write an essay on the above mentioned topic for CAPF (AC). So let’s begin –

Women has always been identified as playing second fiddle to men but with the passing time, women are being highlighted and have been given substantial roles to play in the society. Though, India has witnessed many exceptional incidents where women have proved their strength and indomitable courage. Be it Rani Laxmi bai herself or the women regiment on her name, in Azad Hind Fauj of Subash Chandra Bose.

Even today, we have seen a lot of change but still it needs to go a long way particularly in armed forces where even today women are just five percent of the whole, and the minimum is in Indian Army among the three forces.

Decision of Supreme Court in 2020 was a historical verdict to grant permanent commission to women in all the three armed forces gave a major push to women empowerment and gender parity. Roles of women have changed a lot in armed forces, beginning just from medical services to actually getting into certain combat roles. However, Women are still not allowed in Infantry and Armored Corps.

Importance of Women in Armed Forces

Change always comes with the risk but so does the development and reforms. So it’s important to understand the need of change at certain areas and give the women her deserving chance to grab the opportunity in every role. From ground level to the highest position, a change in mindset is also needed where women could be seen through the lenses of their roles and position, rather than judging them on the basis of some preconceived notions based on gender. Even going through constitutional means, women need to be given their right of choosing their own career path in order to let them achieve their full potential. We need to work upon a roadmap that entails societal changes, acceptance and inclusiveness of women in all spheres of life.