Skip to content
Home   »   All About Project Cheetah, Complete Information. 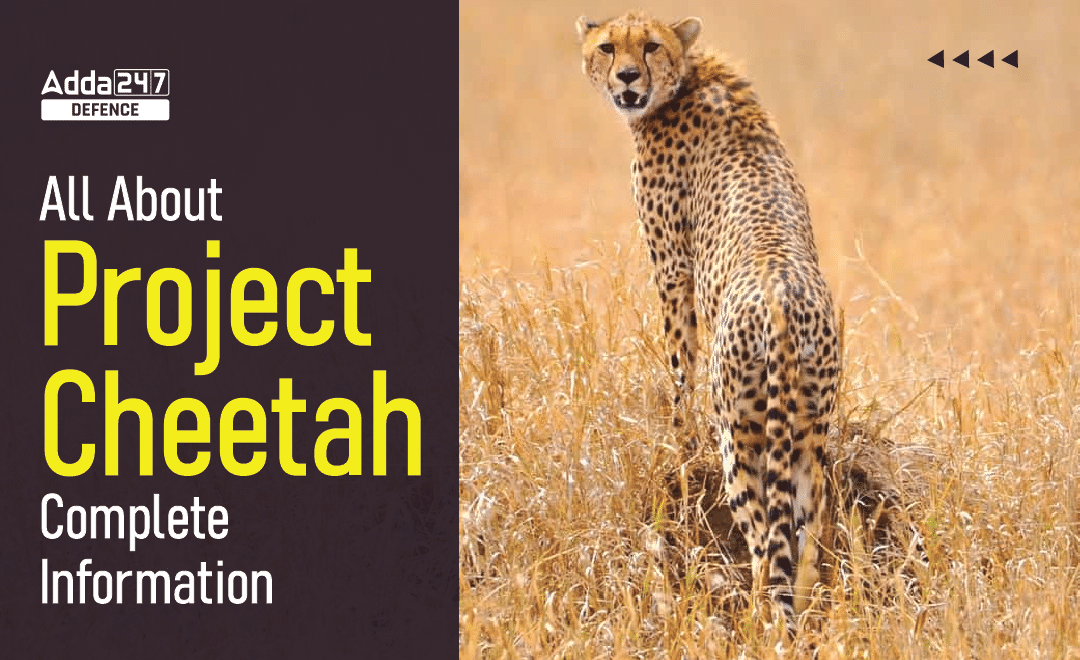 Finally, the ambitious Project of the government has been launched with the name ‘Project Cheetah’ which aims to reintroduce the species of cheetah to its former habitat in the nation. The cheetah was declared extinct in India in 1952. Maharaja Ramanuj Pratap Singh Deo of Koriya (today’s Chhattisgarh) shot dead the last three recorded Asiatic cheetahs.

Five female and three male cheetahs flew from Namibia to Jaipur in a special Boeing 747-400 aeroplane of IAF covering a distance of more than 8,000 kilometres in more than 20 hours. From Jaipur, they were taken to Kuno National Park of Madhya Pradesh.

Kuno National Park is a 748 square km protected area. To keep predators out of the park, which can hold a maximum of 21 cheetahs, a 12-km long fence has been built, where they will be kept and closely monitored for one month. Later, they will be released into a safe area.

What is the Project Cheetah?

Q2. What is the aim of Project Cheetah?
Ans. The aim of the project is to grow healthy meta-populations in India that allow the cheetah to execute its functional role as a top predator.

Q3. Indian Air Force used which aircraft to translocate cheetahs from Namibia to India?
Ans. Cheetahs flew from Namibia to Jaipur in a special Boeing 747-400 aeroplane of IAF