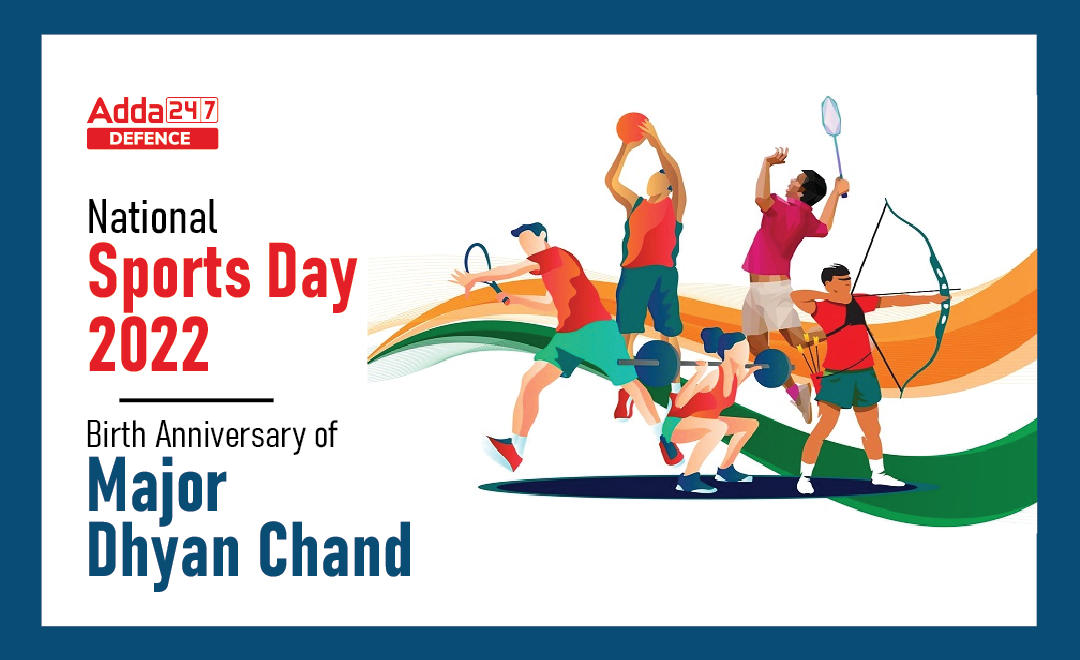 The National Sports Day or Rashtriya Khel Diwas is celebrated on 29th August every year to mark the birthday of legendary hockey player Major Dhyan Chand. Over the years, the Rashtrapati Bhawan has hosted the Sports Awards function on this day. Dhyan Chand remains a constant source of inspiration for the hockey players of India. Often called a ‘The Wizard’ on the Hockey field, Dhyan Chand had such an aura that even Adolf Hitler offered him money to play for Germany. The man known for his extraordinary goal-scoring skills has won three Olympic gold medals (in 1928, 1932, and 1936) during the time Indian hockey was the most dominant.

“Greetings on National Sports Day and tributes to Major Dhyan Chand Ji on his birth anniversary. The recent years have been great for sports. May this trend continue. May sports keep gaining popularity across India,” tweeted PM Modi.

Major Dhyan Chand was born on August 29, 1905, to a Rajput family in Allahabad, Uttar Pradesh. His original name was Dhyan Singh. His parents were Sharadha Singh and father Sameshwar Singh. His father was in the British Indian Army, and he played hockey in the army.

Chand joined the Indian Army at the age of 16. It was in the Army where Dhyan Chand took up hockey. The Indian army gave him the platform and opportunity to play Hockey. He used to practice at night only in moonlight, as there were no floodlights in India then, his teammates named him ‘Chand’, meaning the moon.
Between 1922 and 1926, Chand exclusively played army hockey tournaments and regimental games. He was selected for the Indian Army team which was to tour New Zealand in 1926. The team won 18 matches, drew 2 and lost only 1, receiving praise from all spectators. Returning to India, Chand was immediately promoted to Lance Naik. In 1925, an Inter-Provincial Tournament was held to select India’s national field hockey team. Chand got permission from the Army to play for the United Provinces team.

Dhyan Chand with his great performance in the inaugural nationals secured a place in the team for the 1928 Amsterdam Olympics. Dhyan Chand emerged as the hero of the 1928 Olympics by scoring 14 goals in five matches. Dhyan Chand was automatically selected to the Indian hockey team for the 1932 Los Angeles Olympics. He was made the captain of the Indian hockey team in 1934 and he led the team to the 1936 Berlin Olympics. This was India’s third successive gold in field hockey. He continued playing hockey till the late 1940s. He scored more than 400 goals in his career which spanned over 22 years.

Never say never because limits, like fears, are often just an illusion

Chand retired from the Army in 1956 aged 51, with the rank of Major. He taught at coaching camps at Mount Abu, Rajasthan. He accepted the position of Chief Hockey Coach at the National Institute of Sports, Patiala, a post he held for several years. He suffered from liver cancer and died in 1979 at the age of 74.

National Sports Awards are given every year to recognize and reward excellence in sports. The awardees receive their awards from the President of India at a specially organized function at the Rashtrapati Bhawan on August 29.
1. Rajiv Gandhi Khel Ratna Award is given for the spectacular and most outstanding performance in the field of sports by a sportsperson over a period of four year.
2. Arjuna Award is given for consistency outstanding performance for four years, Dronacharya Award for coaches for producing medal winners at prestigious International sports events.
3. Dhyan Chand Award for life time contribution to sports development.
4. Apart from a medal and a citation, Rajiv Gandhi Khel Ratna Awardee will receive a cash prize of Rs. 7.5 lakh.