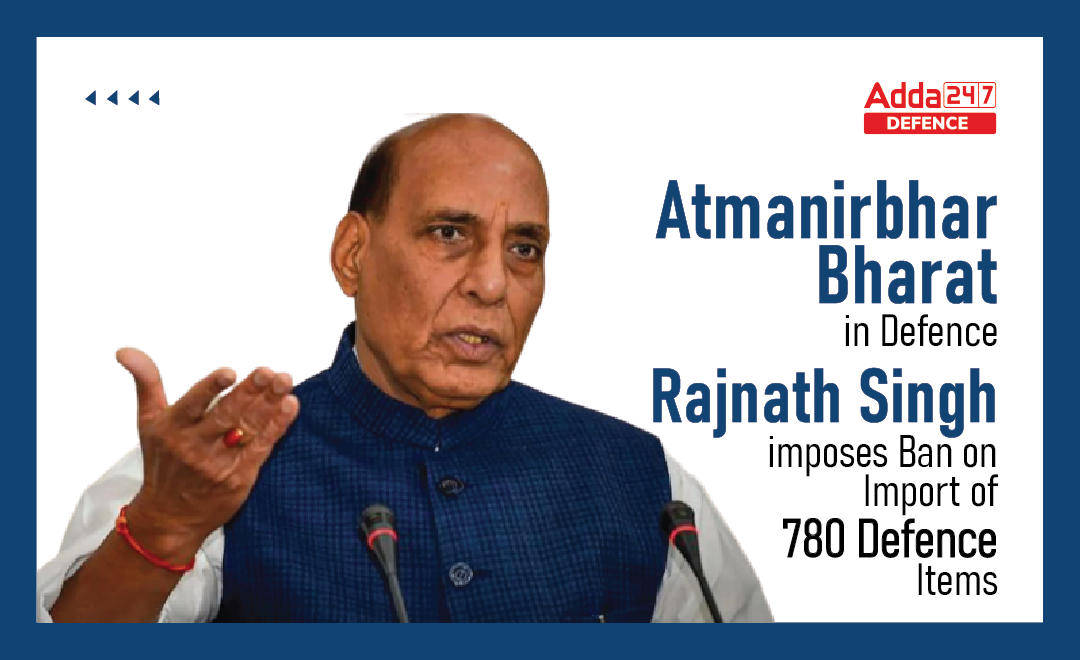 A third “Positive Indigenisation List” consisting of 101 major pieces of defence equipment has been released by Defence Minister Rajnath Singh on 25th of August. Such defence equipment will no longer be cleared for import by the Ministry of Defence (MoD) and all these listed 101 items will be procured indigenously in the nation in accordance with the provisions of Defence Acquisition Procedure (DAP) 2020.

These weapons and platforms will be incrementally banned for import, with some items embargoed from December 2022, and additional items added each December until 2027.

“The list, notified by the MoD’s Department of Military Affairs, consists of equipment and systems that are close to being fully developed by indigenous agencies and which are likely to translate into firm orders in the next five years,” stated an MoD release. They further added, the import embargoes “reflects the growing confidence of the Government in the capabilities of the domestic industry to supply equipment of international standards to meet the demand of the armed forces.”

Positive indigenisation lists have been released by MoD as they are being very optimistic about indigenous Research & Development (R&D) which will also lead to new investment opportunities in technology and manufacturing.

The defence minister described the third list as a “symbol of 360-degree efforts being made by the government to achieve Prime Minister Narendra Modi’s vision of ‘Aatmanirbhar Bharat’.” He further added,  “The MoD and the military would handhold the industry to adhere to time schedules” Focusing on Government efforts of giving a push to domestic industry and support to indigenisation, He said, 68 per cent of the defence capital budget has been dedicated to indigenous procurement and In addition 25 per cent of the defence R&D budget is reserved for the industry, start-ups and academia and for the privatisation of the Ordnance Factory Board.