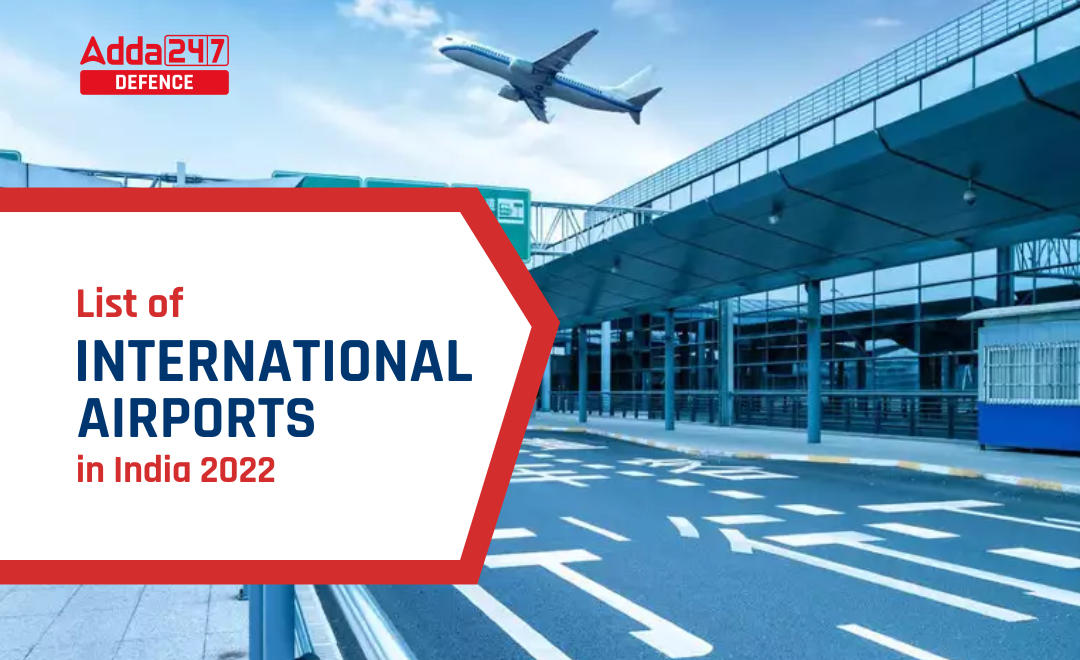 Recently, India has improved in Aviation Safety Rankings given by the International Civil Aviation Organisation (ICAO), India is now at the 48th position, a “quantum leap” from the 102nd rank it had in 2018, which is India’s aviation safety highest-ever ranking.  With better ranking and increasing tourism, India is now becoming a site of attraction for international travellers in a better way than before.

The increasing development of India and a major push for globalization led to an increased number of international airports across the country.

In this article, we are providing you with the List Of International Airports in India with the name of the city, their code and their purpose. It will not just help you in your exam, but it will also enhance your overall knowledge related to Internation Airports in India. Check the full list given below –

Q1. Which is the busiest international airport in India?

Q2. Which is the oldest Airport in India?

Ans. Juhu Aerodrome, Mumbai is the first and oldest Airport in India founded in 1928.

Q3. Which is the first international airport in India?