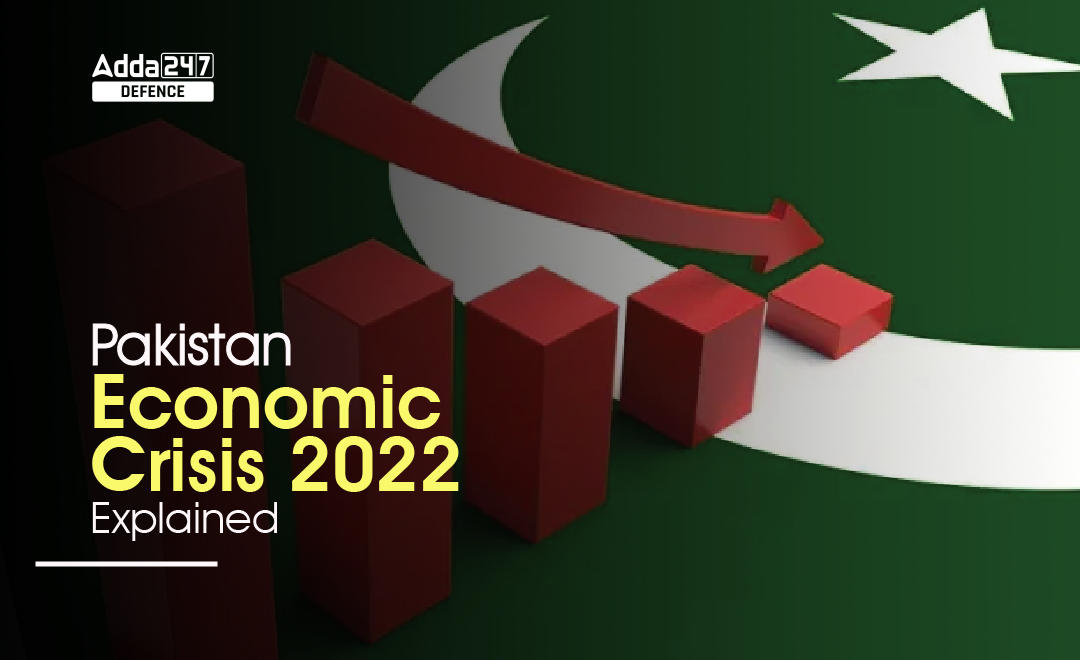 The current economic crisis is largely the outcome of Pakistan’s short-sighted policy decision leading to extensive spending on non-developmental and economically unviable projects. Economic mismanagement and financing of futile infrastructure projects like the Gwader-Kashgar Railway line project through taking debt from other countries and organisations, relying sheerly on external borrowing rather than from domestic institutions intensified the crisis.

China–Pakistan Economic Corridor (CPEC) played a tremendous role in increasing the debt burden on the nation. CPEC alone created a Chinese debt of US$ 64 billion on Pakistan which was originally valued at US$47 billion during 2014.

The persistent fall in the Pakistani Rupee against the US Dollar has further contributed to the increasing external debt. Other than this other confidence-lowering factors like low ranking by international rating agencies and grey listing of Pakistan in the Financial Action Task Force (FATF) impeded foreign investments.

The State Bank of Pakistan data suggests that in the last 10 years, Foreign Direct Investment (FDI) inflows into Pakistan never exceeded 1 percent of GDP. The vicious cycle of getting fresh loans and repaying old ones has led Pakistan into the never-ending ‘debt trap’. On top of that, the reluctance of the international community in extending loans to Pakistan left Pakistan with no other option that to seek help in getting loans from China and Saudi Arabia. therefore making it more complicated for them to deal with the situation.

Pakistan has been struggling with mounting trade deficit driven by its ever-increasing import bills and falling exports. Pakistan’s trade deficit touched its all-time high of US$37.7 billion in FY 2018. The first five months of the current fiscal year saw a rise of more than 117.25 percent in trade deficit. In February 2022, ADB reported that Pakistan has one of the lowest trade-to-GDP ratios in the world.

The outbreak of the Covid-19 pandemic further led to a deteriorated situation. Major exporting items such as cement, textiles, leather, and sports goods merely had any buyer during the pandemic. The nature of Pakistan’s trade basket that imports essential items and exports non-essential items has played a large role in widening the gap between exports and imports. Pakistan imports mostly items of domestic consumption.

A widening trade deficit and falling investment has led to an sharp fall in the foreign exchange reserves in Pakistan. The foreign exchange reserves fell by 1.97 percent in the second week of November to US$23.550 billion, compared to US$24.025 billion in the previous week. The reserves of commercial banks also declined to US$6.605 billion from US$6.699 billion in November 2021. The depreciation of the Pakistani Rupee against the US Dollar reduced the value of the existing reserves.

Inflation in Pakistan touched its highest level in November 2021. This is mostly because of the global rise in crude oil prices leading to costlier freight charges. Importantly, Pakistan is a net importer of essential food items such as pulses, wheat, edible oil, and sugar. Notably, Pakistan’s food imports consist of around 16 percent of its gross imports. Pakistan has been affected by the global rise in food prices. A poor harvest in the last sowing season is also blamed for high food inflation. The sharp increase in energy prices during the last few years has created immense inflationary pressure and burdened the common citizen with additional expenditure.

Experts suggest that correcting imbalances in the economy through external borrowing is not a sustainable solution and, hence, for Pakistan there is a need to bring structural economic reforms in its monetary and fiscal policy in line with international best practices. Economists are of the view that curbing of unviable development projects, reducing import bills, and relying more on its domestic firms would possibly help Pakistan to avoid intensifying the crisis further.