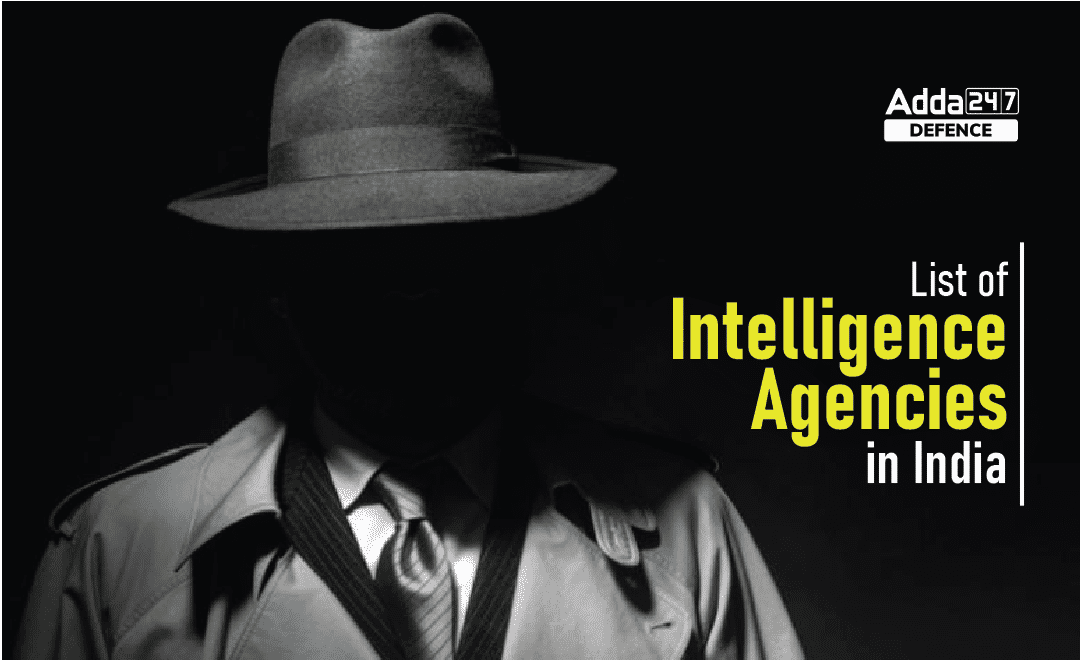 An intelligence agency is a government agency responsible for the collection, analysis, and exploitation of information in support of law enforcement, national security, military, public safety and foreign policy objectives.

They conduct both kinds of operations, overt and covert which involves espionage, communication interception, cryptanalysis, cooperation with other institutions, and evaluation of public sources. The assembly and propagation of this information is known as intelligence analysis or intelligence assessment.

Other than the Armed forces, intelligence agencies also play a crucial role in ensuring the safety and security of the nation by deterring internal as well as external threats to the country.

In this article, we will provide you with a list of Intelligence Agencies in India with their basic information. Check this out –

Q2. What is the function of RAW?
Ans. It gathers information about counter-proliferation, foreign intelligence and counter-terrorism.

Q3. Which is the oldest intelligence agency in India?
Ans.  IB, Intelligence Bureau was founded in 1887 as Central Special Branch by the British Indian government.