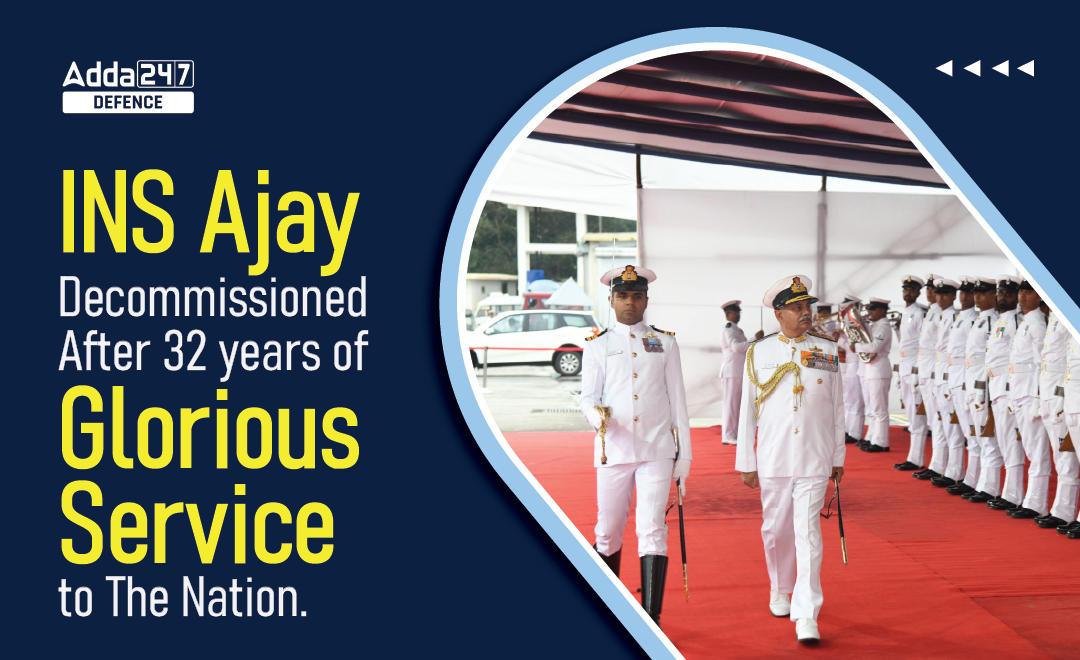 On the 19th of September, INS Ajay was decommissioned after serving for magnificent 32 years. The traditional ceremony was conducted at Naval Dockyard, Mumbai. The national flag, naval ensign and the decommissioning pennant of the ship were lowered for the last time at sunset, symbolising the end of the ship’s commissioned service, informed the government through an official press release.

The ship’s primary role has been anti-submarine warfare and to keep the coasts safe with the help of its formidable armament of long-range torpedoes and anti-submarine rockets.

INS Ajay was commissioned on January 24, 1990, at Poti, Georgia in the erstwhile USSR and had been operating as part of the 23rd Patrol Vessel Squadron under the operational control of the Flag Officer Commanding Maharashtra Naval Area.

The ship was famous for participating in some popular naval operations including Op Talwar during Kargil War and Op Parakram in 2001.

The ceremony was witnessed by over 400 personnel including Flag Officers, senior officers from the Army, IAF and CG, officers and men of the commissioning crew, crew of previous commissions as well as the ship’s present crew and families.

The Chief Guest addressed the gathering present at the ceremony, mentioning the priceless service rendered by the ship.

Q2. When was INS Ajay commissioned?
Ans. INS Ajay was commissioned on January 24, 1990, at Poti, Georgia in the erstwhile USSR.