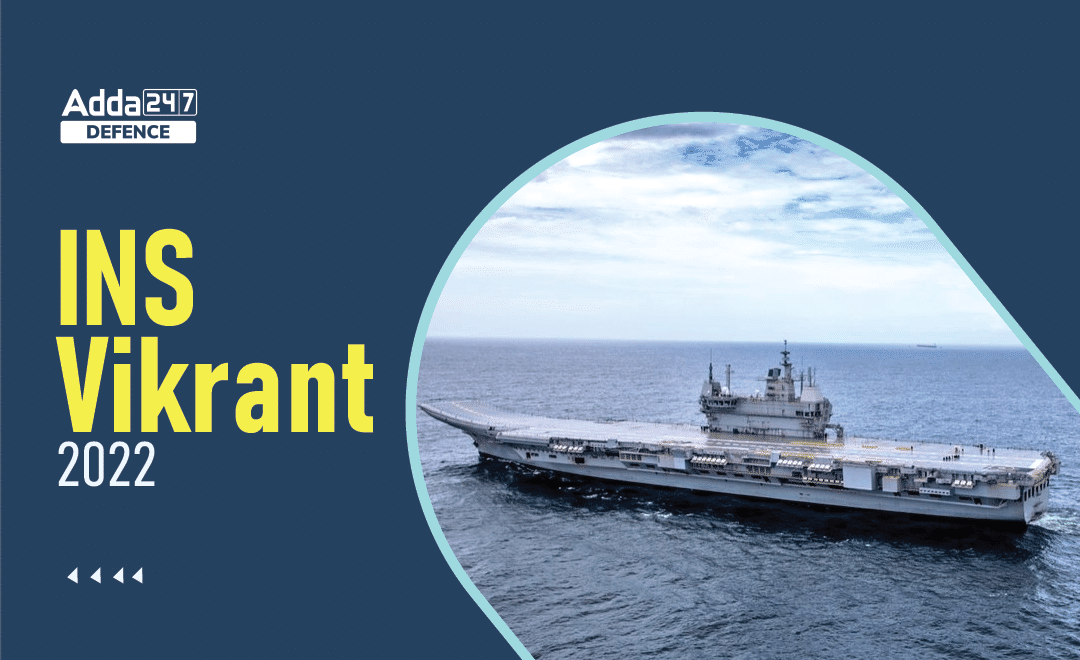 On the 25th of August, The indigenous aircraft carrier Vikrant was handed over to the Navy by The Cochin Shipyard limited.

It will enhance peace, security and stability in the Indian Ocean and Indo-Pacific Region, Navy Vice Chief Vice Admiral S.N. Ghormade mentioned at a press conference ahead of the commissioning. The carrier is set to be commissioned on September 2, 2022, in the presence of PM Narendra Modi.

He further added “From November we will commence landing trails which we hope to complete by the middle of next year. We will put in all effort so that the aircraft carrier is operational with the aircraft and the aircraft which are available with us are the MiG-29s,” The carrier should be fully operational by the end of 2023. We have carried out five sets of trials since August 2021 and were extremely successful. From the propulsion, equipment and weapons point of view, the ship is fully operational.” However, since the full crew is not there before commissioning, all the trials cannot be done. “After commissioning, when the complete crew is there, all systems are in place, only then aircraft landing trials happen. This is true for all advanced nations,”.

There is not any full form of INS vikrant but Vikrant name is very special its means courageous. Also it is India’s first aircraft carrier.

Giving a major push to Atma Nirbhar Abhiyan and the government’s Make in India initiative, Total indigenous contribution in its manufacturing is around 76 per cent, the Navy mentioned. With its manufacturing, India has become a member of those nations which are able to indigenously design and build an aircraft carrier.

The aircraft carrier consists of different indigenous equipment and machinery produced in various industrial houses in the country such as BEL, BHEL, GRSE, Keltron, Kirloskar, Larsen & Toubro, Wartsila India etc including some MSMEs.

This production has enabled the country to become self-sufficient with respect to warship steel as with the partnership between the Navy, DRDO and the Steel Authority of India (SAIL), it has been indigenously produced fulfilling all the requirements of steel. As per the officials, All sorts of warships are now built in the country using indigenous steel.

In a response to a question of the media on the contingency plans of the Navy in the last two years during the standoff with China in Eastern Ladakh as the lone carrier INS Vikramaditya was under refit, Vice Adm. Ghormade said the Navy and CSL worked at a fast pace to make INS Vikramaditya operational at the earliest and also to ensure that Vikrant is commissioned soon, despite the COVID-19 pandemic.