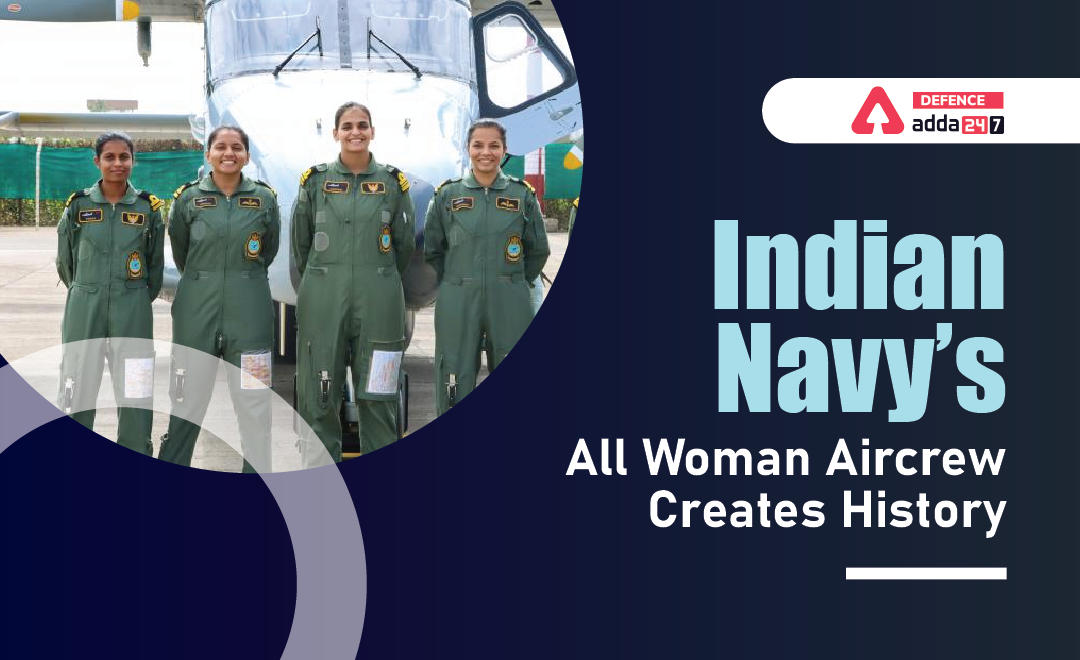 Women of Indian Navy created another history by completing the first all-women independent maritime reconnaissance and surveillance mission over the north Arabian Sea using a Dornier 228 aircraft. These were Five women officers of the Indian Naval Air Squadron 314 (INAS 314) based at Naval Air Enclave, Porbandar.

The aircraft was captained by Mission Commander Lt Commander Aanchal Sharma, along with pilots Lt Shivangi and Lt Apurva Gite and tactical and sensor officers Lt Pooja Panda and Sub Lt Pooja Shekhawat in her squad.

Spokesperson in the Indian Navy Commander Vivek Madhwal reported to the media, “On Wednesday, five officers of the Indian Navy’s INAS 314 based at naval air enclave in Porbandar created history by completing the first all-women independent maritime reconnaissance and surveillance mission in the North Arabian Sea onboard a Dornier 228 aircraft,”

All the 5 women officers successfully performed the operation after months of ground training and comprehensive mission briefings in the run-up to the sortie. Commander Madhwal said the first-of-its-kind military flying mission on 04th of August was unique and is expected to pave the way for women officers in the aviation cadre to assume greater responsibility and aspire for more challenging roles. “It perhaps marks a unique achievement for the armed forces that a crew of only women officers undertook an independent operational mission in a multi-crew maritime surveillance aircraft,” he said.

“It was indeed a mission that showcased ‘Nari Shakti’ in its real spirit,” he further added. The spokesperson said the Indian Navy has been a front-runner in driving transformation in the armed forces.

Dornier 228 aircraft was first acquired in 1998 by the Indian Navy from the Germany and It’s capability is of range 1,320 nautical miles with a service ceiling of 28,000 feet.