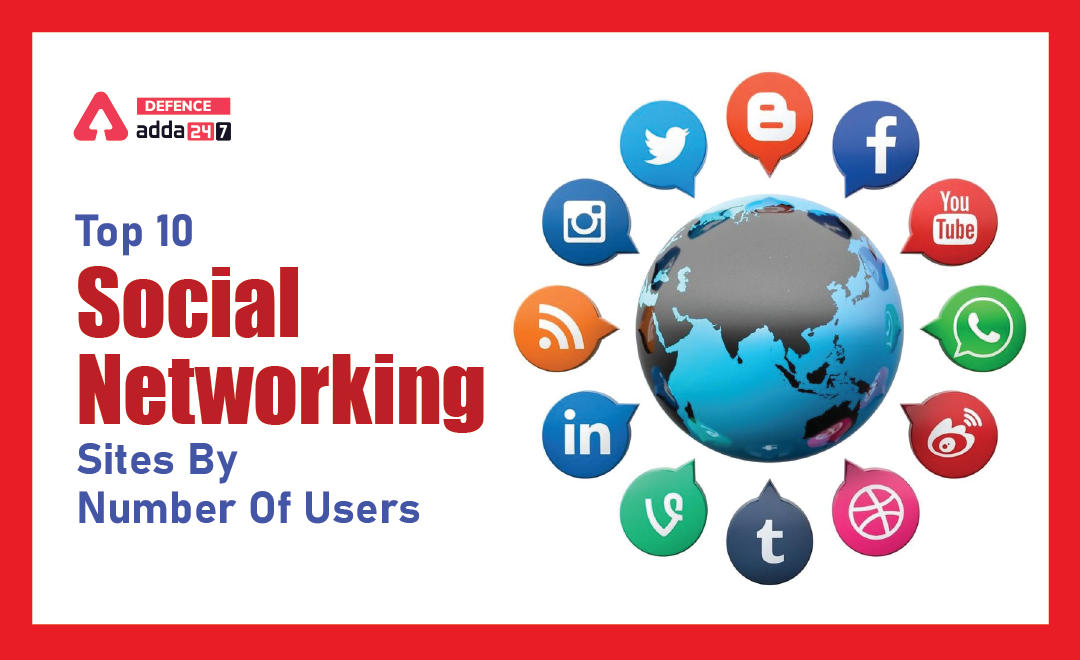 Initially Social media which was considered to be the platform to entertain oneself, has evolved in a lot many ways that now it has the potential to even change the government of a country. We humans are more now on social media than in real life and due to which it has now become an important part of the lives of people. People run different sort of businesses using various social media platforms and even getting famous using the same.

In this article we have added a list of top 10 Social Media Platforms and the details related to them. Read the full article and know about such platforms –

Facebook was founded in 2004 by Mark Zuckerberg. It is the most popular and most used social networking platform globally, with more than 1 billion active accounts. It is the website not just for being connected with the friends but it is also used as a business platform which is useful in connecting with as many people.

65 million businesses are currently selling their products and services using Facebook pages and more than six million advertisers are actively promoting their business on Facebook. 58 minutes is the mean time of an user on a daily basis.

It was founded in 2005 by Chad Hurley, Steve Chen, and Jawed Karim. All these three people were the former PayPal employees. This social media platform is the most popular video-sharing social networking site through which users get the facility of uploading, sharing, and watching videos. It has also the option to comment, like, share and subscribe which helps in knowing the feedback.

Each minute, 300 hours of videos are uploaded on an average on this platform. The average duration of a YouTube visit by a visitor is about 40 minutes. Watching time spend by an user on an average is1 hour per day.

Whatsapp was Founded by former Yahoo Employees in 2009, Brian Acton and Jan Koum. It was acquired by Facebook in 2014, but still it works as an independent organization. People with a standard mobile phone number can become the user of the app and can get the access of communicating through messages, voice calls, video calls, and by sending videos and images.

On an average, 1 million people become the user of WhatsApp on a daily basis and around 60 billion texts are being sent on the daily basis using the app.

It was a revamped app launched in August 2011 by Mark Zuckerberg. Messenger is the second most popular iOS app of all time. Facebook Messenger allows the users to send texts, share photos, videos, and other files, as well as the option to react on messages with emoticons and stickers. It also allows to communicate in a group. It is also worked as a Businesses app as it can be used in advertising, creating chatbots, sending newsletters.

More than 20 billion business related messages are being sent on a monthly basis and around 1.3 billion people use Facebook Messenger each month.

Kevin Systrom and Mike Krieger Founded Instagram in 2010. This social media platform was entirely dependent on sharing photos and videos through which people could connect with each other in a creative and in an artistic way. Though after a time many other features added in the app which helped it in becoming one of the most used and popular social media app majorly among youth.

On an average, 95 million photos are uploaded daily on Instagram. Till now, more than 40 billion photos have been shared on the platform and it receives around 4.2 billion likes per day.

Tiktok was launched in 2016 by ByteDance Ltd, Zhang Yiming, Toutiao.

TikTok provides the facility to user to create and watch fun videos in order to promote creativity and bring joy. It is the youngest app to perform so well globally in terms of popularity and generating revenue. It even changed the lives of people by bringing them in limelight and showcasing their talent.

Only after one year of its establishment, the app became the fastest growing app worldwide. This app was banned by U.S., India and other countries but it did not effect its growth and as of 2021, the app had been downloaded more than 3 billion times worldwide. Generation Z creates the main userbase of the app

Founder of WeChat is Zhang Xiaolong in 2010. It is a famous social media app of China. It allows users to communicate through messaging and calling. Features of this app is similar to WhatsApp also it allows the users to connect with all the contacts. It remain at top among other social media apps on Play store and IOS.

According to the data, it is the fifth most-used app in the world. More than 2.5 lakh users use WeChat to get the access of bus/metro services every minute during the office timings. And more than 80 percent users find it useful for work related tasks.

This app is founded by Ma Huateng of china in 2005. This social networking allows the users to write blogs, share photographs, listen to music and maintain content just like in a diary. It has other advanced features throguh which uswer can choose the accessories and customize the look QZone webpages as per the choice.

1000 albums can be created in QZone by the user and each album can be filled with as many 10000 photos. User has the facility to even add games from Application Center to their homepage that can also be played with friends.

Tumblr was Founded by David Karp in 2007. It is considered to be best choice among teens and young adults which allows them to do microblogging which includes posting text, photos, links, videos, etc. This app also gives the flexibility to customize almost everything inside the app. It has been updating since the day it has been launched and with various added features with time, it has been used and liked a lot globally.

It is consisted of more than 166 billion published posts and every month around 7.2 million new blogs are created.

Founder of Twitter is Jack Dorsey, Noah Glass, Biz Stone, Evan Williams. It was founded in the year 2006

Twitter is a social networking platform where users can post and interact with the world using 280-character messages which is called as Tweets using mobile app or its desktop version. It is even considered to be one of the most authentic news providing platform. It also provides the facility to add images, videos, gifs, and hyperlinks. Twitter is also useful for businesses as it allows to promote or even sell or buy with the help of tweets.

Around 460,000 new twitter accounts are registered every with around 208 followers on an average.