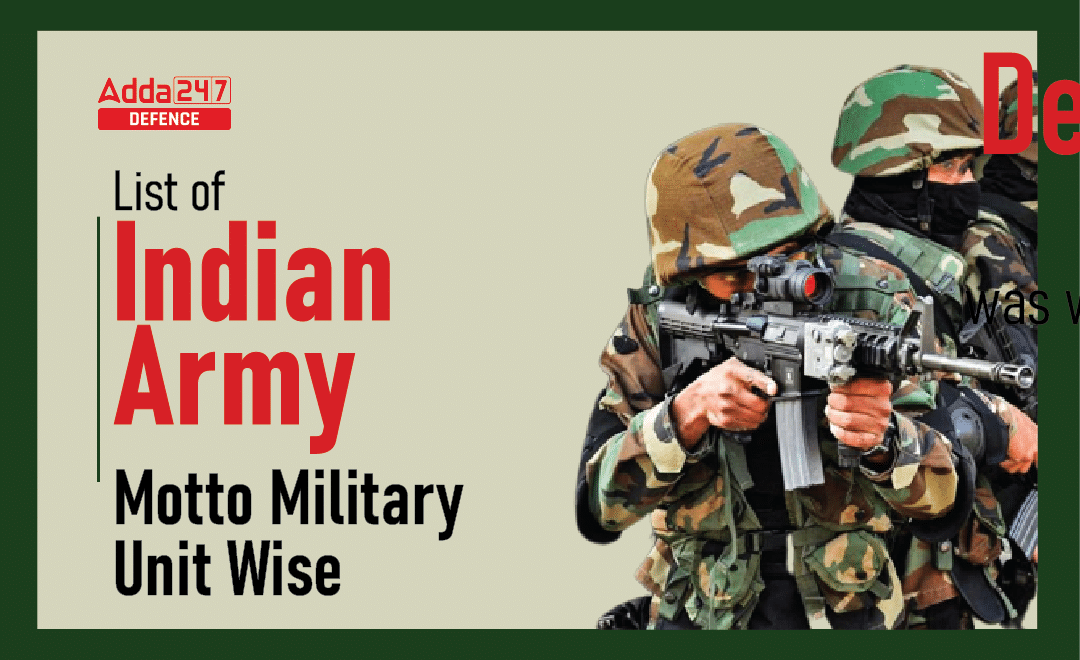 The motto of the Indian Army is ‘service before self and the objective of the national army is to ensure national security and national harmony. The duties of Indian Amry include safeguarding the nation from external aggression and internal threats, and maintaining peace and security within its territory.  War Cry of the Indian Army is Jai Hind, Bharat Mata Ki Jai, Vande Mataram. Indian Army is one of the most powerful and biggest armies in the world. Current Chief of Indian Amry is General Manoj Mukund Naravane.

As we know that there are various regiments in the Indian Army and every regiment has its own motto and war cry. Regiments of the Indian Army originated during the colonial era under British rule. With the aim of administering every part of India in an efficient manner, the British took the help of locals to form a force under their command. Regiments were established on the lines of military history, ethnicity, and caste. Each regiment is distinguished on the basis of uniform, tradition, ceremonies, and regimental pride.

Among all, Madras Regiment in 1758 is considered to be the earliest Infantry Regiment formed before the independence of India.