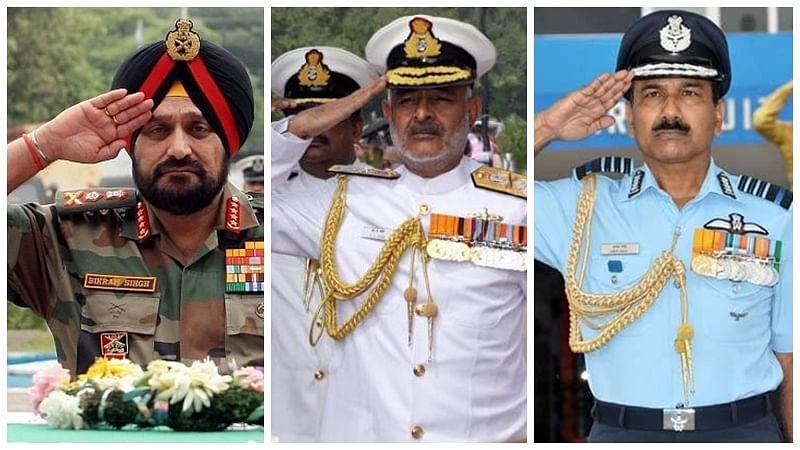 Have you ever noticed that the three Armed Forces of India have different position of hand while doing a salute. Ever wondered why? In this article, we will provide you complete details regarding the hand positions of Indian Armed Forces during salute. You will also get to know why is this difference in hand gestures despite being the Armed Forces of one country and also its significance behind it.
A Salute is a gesture of respect, trust and josh among soldiers which encourages an amour proper in their ever-shining uniforms while at the same time elevates them in their own eyes by reminding them all of that is implied by the profession and its traditions of chivalry, courtesy and valor. It is the highest form of respect that the armed forces display.

The salute is often thought to date back to Roman times, but there is no evidence that soldiers raised their hand as a formal greeting.
Another theory is that it originated in medieval Europe when knights used their hands to raise their visors, revealing their identity to demonstrate they were friendly.
A salute is a form of respect not to an individual, but to the uniform and the designation of the officer concerned. Elaborate rules have been laid down to define the manner in which an official would do the salute – and about the protocol of rank for officers who will accept the salute.
Apart from this, a salute is not just a gesture, it is a symbol and it has a meaning. The salutes in the armed forces are different for Army, Navy and Air Force that have evolved over time and are steeped in tradition and you will be surprised to know the meaning behind the salutes of our tri-services.

Open palm facing the person in front
In the Indian Army, a salute is executed by an open palm gesture with the weapon hand, with fingers and thumb together and the middle finger almost touching the hatband or the eyebrow. It not only establishes trust among the personnel but also proves that the person saluting has not hidden any weapons and they can trust them.

Open palm facing the ground
In Indian Navy, a salute is executed with the palm facing the ground at a 90-degree angle to the forehead.
In the olden days, since the sailors were always working on their ships, their hands would get greasy and dirty. So they started saluting with their palms facing down, so as to not disrespect their seniors.