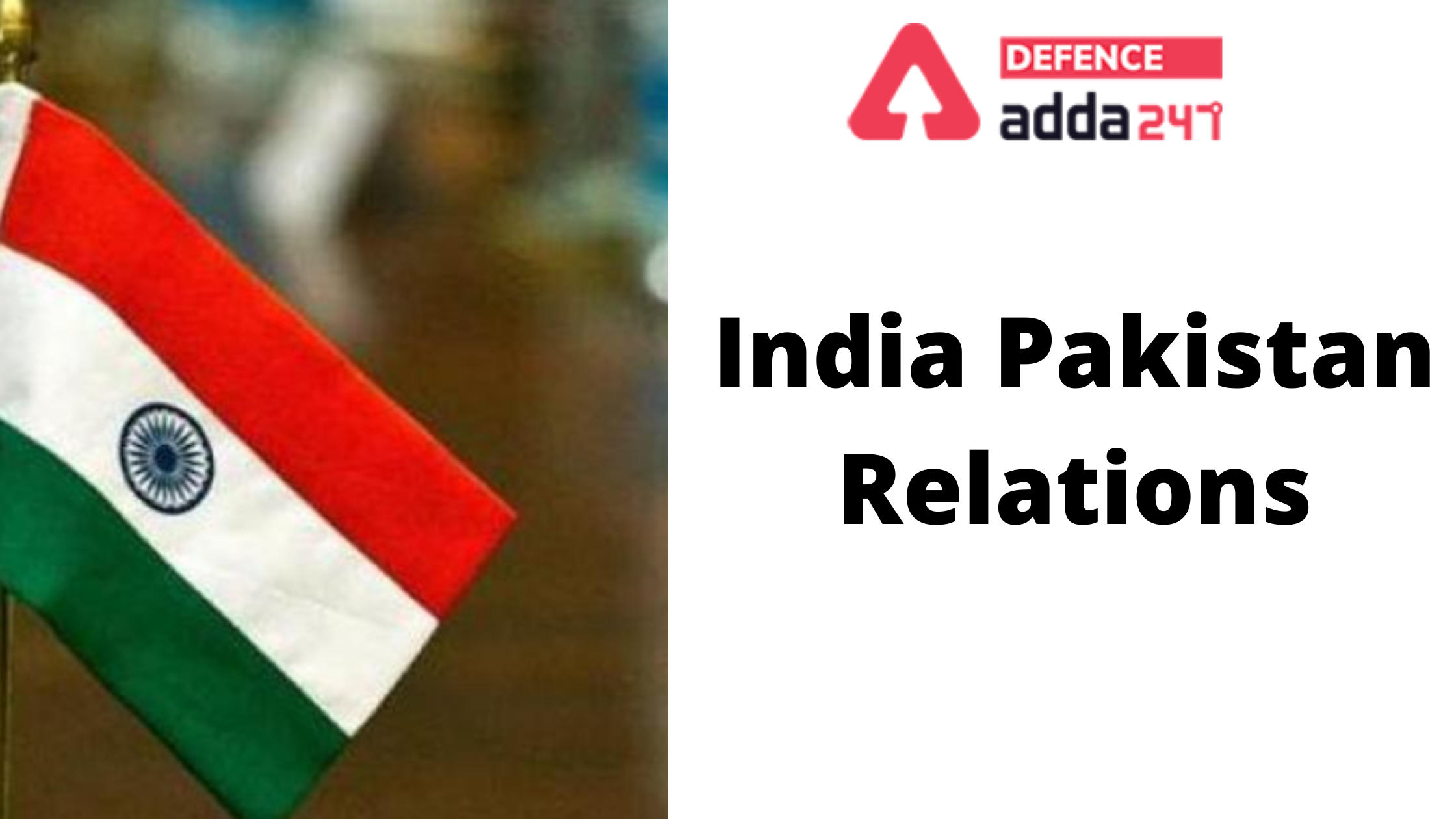 Indo Pak Relations: India-Pakistan relations is most important topic for SSB Interview, you should be well prepared about this topic as your opinion could be asked by the Interviewing Officer and it can also come in the lecturette card. Here, in this article we are providing you some important information which can be useful for you in your SSB interview.

You  should divide your topic in three parts
Aspirants as we all know, since independence the relationship between India and Pakistan have not been cordial when the violent partition took place and two countries were separated. It is an apathy that a country that is born out of India’s own blood is so rebellious against India.

One of the main reason behind India-Pak rivalry is the Kashmir Dispute for which three wars have been fought, 1947, 1965 and 1999 (also known as Kargil War). Pakistan has been defeated egregiously by India. India also helped Bangladesh in getting freedom in 1971 from East Pakistan in which more than 90,000 soldiers of Pakistan army were captured by Indian Army.
India as a generous gesture released all the prisoners so that a foundation can be formed of better relation between the countries. But Pakistan is a country like snake which feeds on its own eggs and which cannot be domesticated. One main reason behind this is the Pakistani Army, as they have full control over the political power and major decisions are taken by them.
The present scenario as we all know is also worse, there is continuous proxy war going on, everyday they are violating the ceasefire in border areas. Attacks like Uri, Pathankot, Pulwama  proves that Pakistan is a terror country and they are sponsoring terrorism. Indian Government has taken various steps to have good and healthy relations with them like, Karawan bus service, talks were initiated by our PM Narendra Modi but everytime they have back stabbed us.

We can conclude that talks and proxy-war cannot go together. If Pakistan wants to maintain good terms with India then it has to stop terrorism other wise Pakistan should be boycotted and we have enough proofs to declare Pakistan as a terror country (Terroristan). World powers need to come together and take necessary steps so that Pakistan can have stable political govt.