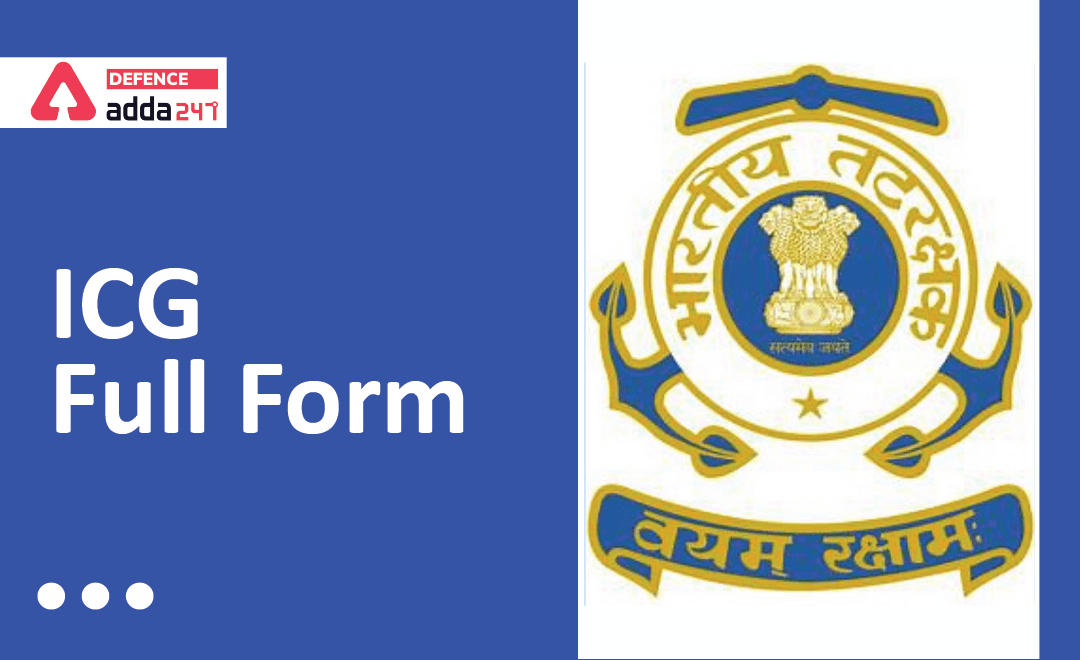 ICG is an acronym used for Indian Coast Guard, It is a multi dimensional organisation honored with the responsibility of carrying out real life operations at sea, more precisely ICG is held responsible for maritime law enforcement and search and rescue agency of India, its jurisdiction area includes contiguous zone and exclusive economic zone of India.

The establishment of the Indian Coast Guard was idea of  the Indian Navy to provide non-military maritime services to the nation. during the 1960s, sea-borne smuggling of goods  became a major issue to India’s domestic economy. The Indian Customs Department frequently called upon the Indian Navy for assistance with patrol and interception in the anti-smuggling effort. to find solutions The Nagchaudhari committee was constituted which advocated the need of patrolling India’s vast coastline , then again in 1974 Rustomji Committee was set up which again emphasized the  need for law enforcement and protection maritime services and finally on 1 February 1977 An interim Indian Coast Guard came into being , equipped with two small corvettes and five patrol boats transferred from the Navy. The duties and functions of the service were formally defined in the Coast Guard Act, which was passed by India’s parliament on 18 August 1978 and came into immediate effect

The Indian Coast Guard’s motto is “वयम रक्षामः” (Vayam Rakshamah), which translates from Sanskrit as “We Protect” and true to its motto the ICG is doing a commendable Job at the Sea and a major reason we are safe in the land.

The ICG is headed by Director General , who command from the ICG Headquarters at new Delhi , he in turn is assisted by Deputy Director-Generals of the rank of Inspector-General.

The Indian Coast Guard operates five regions headed by an  Inspector-General. Each of the regions is further divided into multiple districts, typically covering a coastal state or a union territory.

Q1. Is ICG a paramilitary force?

Ans. No, it  as an independent Armed force of India. It operates under the Ministry of Defence.

Ans. No, it is not a part of navy It operates under the Ministry of Defence, However  works in close cooperation with the Indian Navy.
Q3. Does Coast Guard get MSP?
Ans. No,  there is no (MSP) military service pay for coast guard personal and pension is also not the same.

Is ICG a paramilitary force?

No, it  as an independent Armed force of India. It operates under the Ministry of Defence.

Is ICG a part of Navy?

No, it is not a part of navy It operates under the Ministry of Defence,However  works in close cooperation with the Indian Navy.

Does Coast Guard get MSP?

No,  there is no (MSP) military service pay for coast guard personal and pension is also not the same.