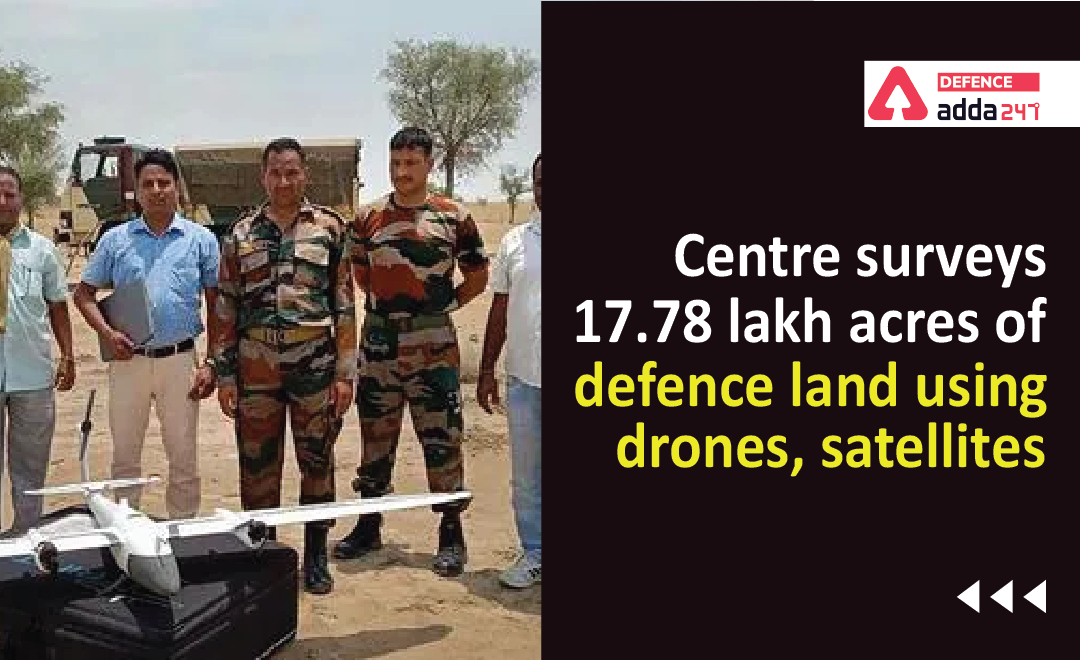 The problem of wasteland management is not new to India which potentially creates a havoc for the ever increasing Indian Population, The Defence Ministry however seems to be working on the problem as it has concluded a survey of almost 18 lakh acres of defense land which is  scattered across 4,900 pockets across the country, with the aim of  effective land use and planning.

Given in the past we have been fallen prey to encroachments  this survey aims at protecting those lands . it is cited to be one of the biggest such surveys in India.

“Clear demarcation and boundary survey of defence lands and fixing of the boundaries is necessary for protection of the defence land, safeguarding of the title of the defence ministry, updating land records and maps, and prevention of encroachments,” this was the statement issued by Ministry relating to the survey.

The survey is peculiar as  drone and satellite  imagery-based survey technology was used for many defence land pockets for the first time.  along with that 3D modelling techniques were used  for better visualisation of defence land in hills which  were introduced by using digital elevation model (DEM) in association with Bhabha Atomic Research Centre (BARC). Use of modern technology made the survey time short.

As part of the survey, a project for real time detection of encroachments has been initiated. Pilot test has been carried out on satellite imageries of defence land pockets procured from National Remote Sensing Centre, Hyderabad, the ministry said in a statement and this definitely is a stellar achievement.