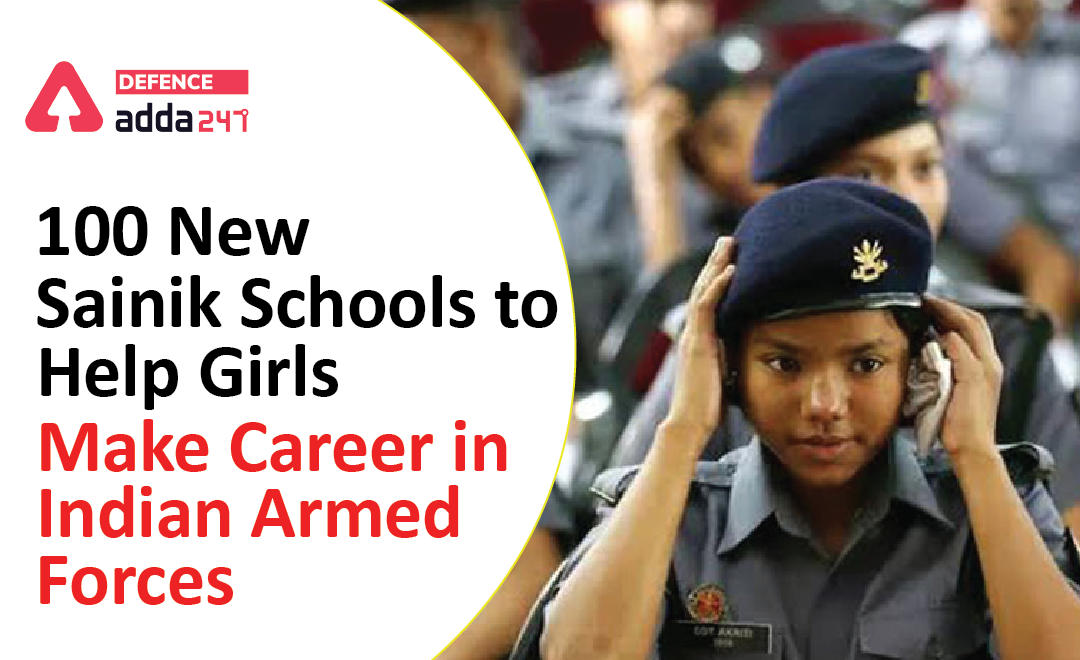 A Webinar was Chaired by our Defense Minister Rajnath Singh  on 8 January 2022, which concluded with several landmark decisions the most Important was the Opening of 100 new Sainik Schools to ensure abundant Participation of Girls in the Armed Forces, The decision was welcomed by everyone as it aims to induct more girls in the services , Recently There have been significant improvement in the position of women in Indian Army,which Include assigning of Permanent Commission to the Females , Induction of Girls via NDA  examination, now this step of increasing the number of Sainik Schools to ensure maximum participation of girls in the armed Forces is definitely a milestone in the Journey of empowering women for Defense Sector as well. Time in and Time out we have seen the Incredible bravery and valiance of the females in the forces which proves they are nowhere behind the males when it comes to serving the nation. this announcement is gift to every brave heart Indian Girl who dreams of wearing the Army uniforms and Stars in their Shoulders.

“Quality education is the fourth of the 17 Sustainable Development Goals adopted by the United Nations. There are several other goals under ‘quality education’. It has been our strong political commitment to achieve these goals. Several schemes like Sarva Shiksha Abhiyan and Rashtriya Madhyamik Shiksha Abhiyan are being run. Setting up of 100 new Sainik Schools is another important step in that direction,” This was the Defence Minister’s statement on the opening of 100 new Sainik Schools.

Chief of the Army Staff General MM Naravane, Chief of the Air Staff Air Chief Marshal VR Chaudhari, Chief of the Naval Staff Admiral R Hari Kumar and Secretary Department of School Education and Literacy Smt Anita Karwal were some other Significant Personalities that attended and enlightened the Webinar with their Presence.