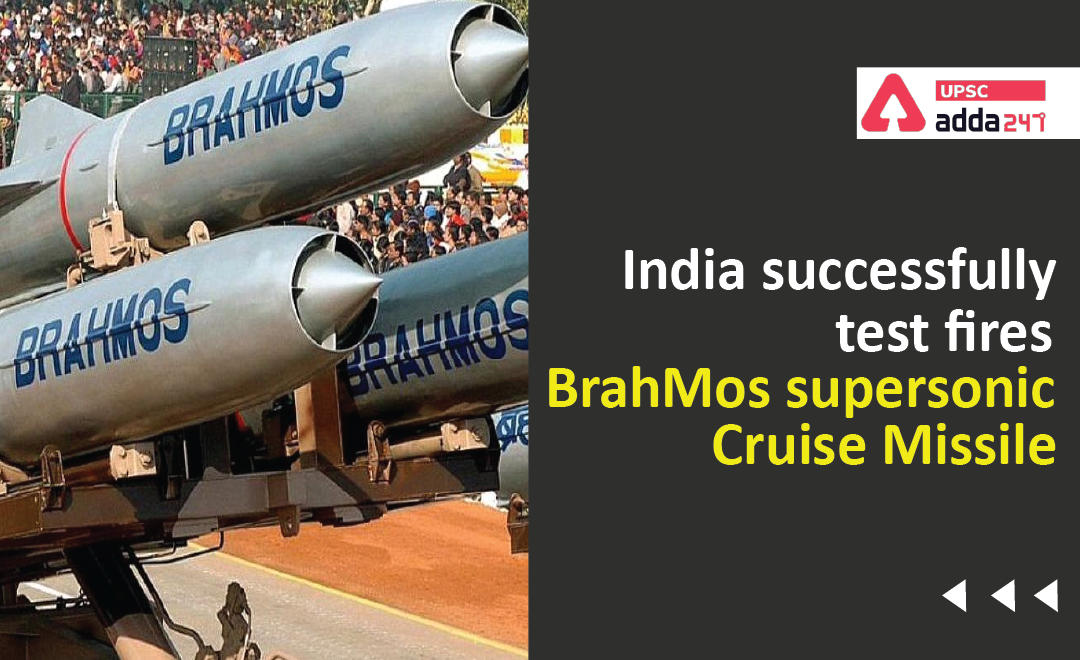 The robustness of @indiannavy mission readiness is reconfirmed today after a successful launch of the advanced version of BrahMos Missile from INS Vishakhapatnam today. I congratulate the wonderful teamwork of @indiannavy @DRDO_India & @BrahMosMissile,”

This was the Tweet by our Honorable Defense Minister Rajnath Singh after the successful launch of BrahMos  Supersonic Missile, The launch of supersonic sea to sea variant of BrahMos missile was launched on Tuesday from the INS Vishakhapatnam off the Western coast.

The Test firing was done at the Maximum Range and it successfully hit the Target with Pin Point Accuracy , this definitely is a major step in the Weapon Technological Readiness and military prowess of the Indian Defense, The BrahMos missile system is the signature aspect of India in weapon Technology, India has launched various versions of BrahMos   Missile system.

BRAHMOS is a joint venture between the Defense Research and Development Organisation of India (DRDO) and the NPOM of Russia.Named after the Brahmaputa River of India and Moskva river of Russia, It  is a multi platform missile i.e it can be launched from land, air, and sea and multi capability missile with pinpoint accuracy that works in both day and night irrespective of the weather conditions.
It operates on the “Fire and Forgets” principle which mean does not require further guidance once launched.
Brahmos is one of the fastest cruise missile currently operationally deployed with speed of Mach 2.8, which is 3 times more than the speed of sound.