Skip to content
Home   »   Growing Intolerance in The World 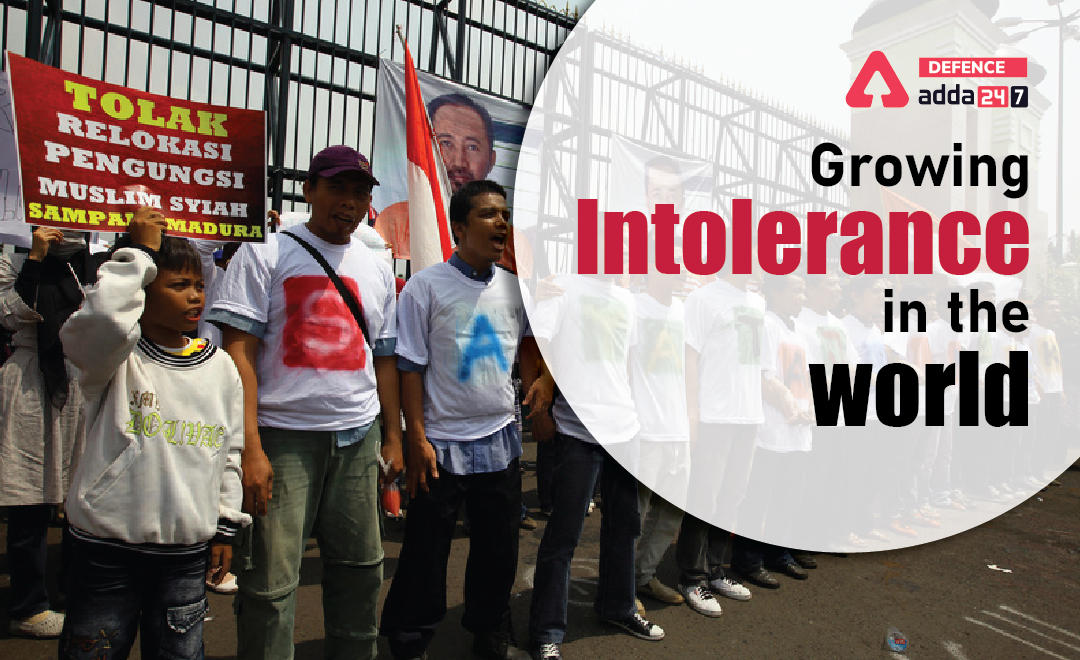 Growing Intolerance in The World

Intolerance is a state of mind of disbelief, when a person disagrees with a particular ideology, faith, caste, creed or religion in a society.

As Mahatma Gandhi has said, “Intolerance in itself is a form of violence and an obstacle to the growth of true democrtic spirit.” He was right to say that as Intolerance can be very destructive and it has the potential to put the whole society in peril. It leads to various ill-practices like exploitation by forcing people to change their religion or creating violence by killing people who are against some sort of belief or ideology. Taking the recent examples from India which showed intolerance in the name of defending religious sentiments, Akhlaq murder case and kanhaiya tailor Murder case.

Intolerance has caused divisions of not only religions but has caused division in the community and the country. Intolerance is not new to any society. Even in India, it’s been there from ancient times. Killing of Buddhists and Jains, exploitation of Hindu by Muslim rulers and even in modern times it was there starting from partition of Bengal in 1905, Fairazi movement, Establishment of Muslim league and Hindu Mahasabha and ultimately the religion based partition of the country in 1947.

Not just the India, the whole world is affected by it, sometimes in the name of Racial discrimination in European countries or ephemeral Islamophobia in the whole world. For example – Killing of George Floyd, An African-American in police custody in US shows how intolerance exists even in the most democratic country. Laws of Arabian countries tells how it’s being penetrated deeply in the society with the backing of government too.

Researches by a famous thinktank Pew Research center tells clearly that intolerance is increasing in the world and it shows concern about increasing religious intolerance particularly in India.

“I shall call you religious when you begin to see good in men and women” – Swami Vivekananda. These words by such a great personality tells about the importance of humanity over anything.