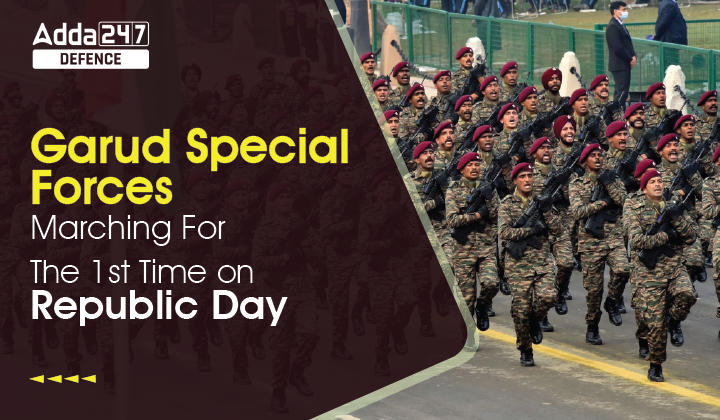 The Indian Air Force’s Garud Special Forces will be marching on the Kartavya Path during this year’s Republic Day parade for the first time.

Squadron Leader PS Jaitawat will be leading the Garud team as part of the IAF contingent and Squadron Leader Sindhu Reddy will be the contingent commander. This republic day celebration is going to witness the strength of India as all preparations are now done to showcase Special Forces and made-in-India missile power as a part of the

This 73rd republic day celebration would also witness the first and possibly the last participation by Indian Navy’s spy plane IL 38 flying over the Kartavya Path. The Republic Day fly-past will comprise 45 Indian Air Force (IAF) aircraft, one from the Indian Navy and four helicopters from the Indian Army, as per the official statement given by IAF.

For the very first time, Bheem’s formation by the 40 deg Pitch-UP and SU-30 streaming fuel by three aircraft is also going to be made. There will be a total of 13 formations like arrow, abreast, arrowhead, diamond and others by aircraft like Mig-29, Rafale, Jaguar, SU-30 etc, he said.

After giving 44 glorious years of service to the nation, the IL 38SD aircraft of the Indian Navy was decommissioned on January 17, 2022. The aircraft was commissioned into the Indian Navy in 1977 and remained a formidable air asset throughout its service life. The IL 38 was an all-weather aircraft with long endurance and substantial operating range.

The air warriors participating in the Republic Day parade have been selected through a stringent process from across the Air Force. The contingent has gone through rigorous practice sessions daily starting in the wee hours of the day.

What is a Garud Commando Force?

The Garud Commando Force is the special forces unit of the Indian Air Force. It was formed in September 2004

Which contingent is going to march for the first time in Republic Day Parade?

Who unfurls the national flag on Republic Day ceremony?

On Republic Day, the President of India unfurls the flag on Rajpath before presiding over a parade.