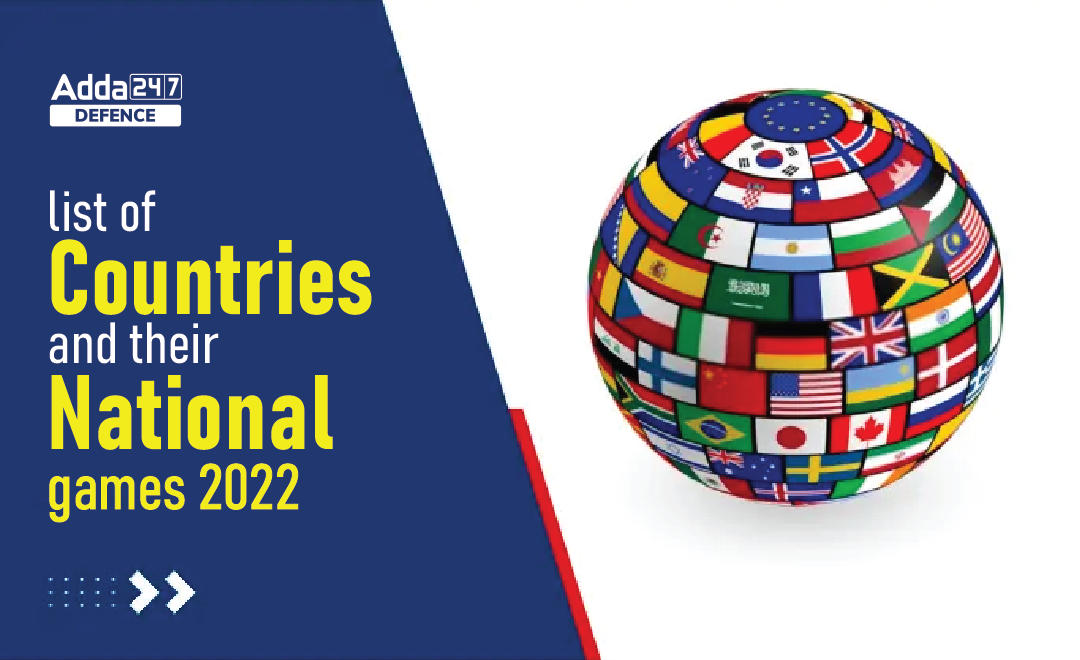 Countries and Their National Games

Games were introduced with the aim of encouraging active participation among people and uniting them as a nation that would also help in improving physical fitness and entertaining the crowd. It succeed in fulfilling all the motives behind this idea and that’s why games have been played and celebrated across nations for years. Certain games are more popular in some parts of the world and on the basis of their popularity and historical facts related to it, Some nations have given them the official title of the national sport of the nation.

Countries and Their National Games 2022

You must have heard about hockey, being the national game of India, but that’s not true. Officially, India does not have any national sport as per the official statement of the Ministry of Youth Affairs and Sports. Hockey was once considered a national sport due to the country’s dominance from 1928-1956, the time when the Indian team won 8 gold, 1 silver and 3 bronze in Olympics.

In this article, we will tell you about countries and their national games. Check the full list given below –

Countries and Their National Games: FAQs

Q1. What is the national game of India?
Ans. There is no official game if India.