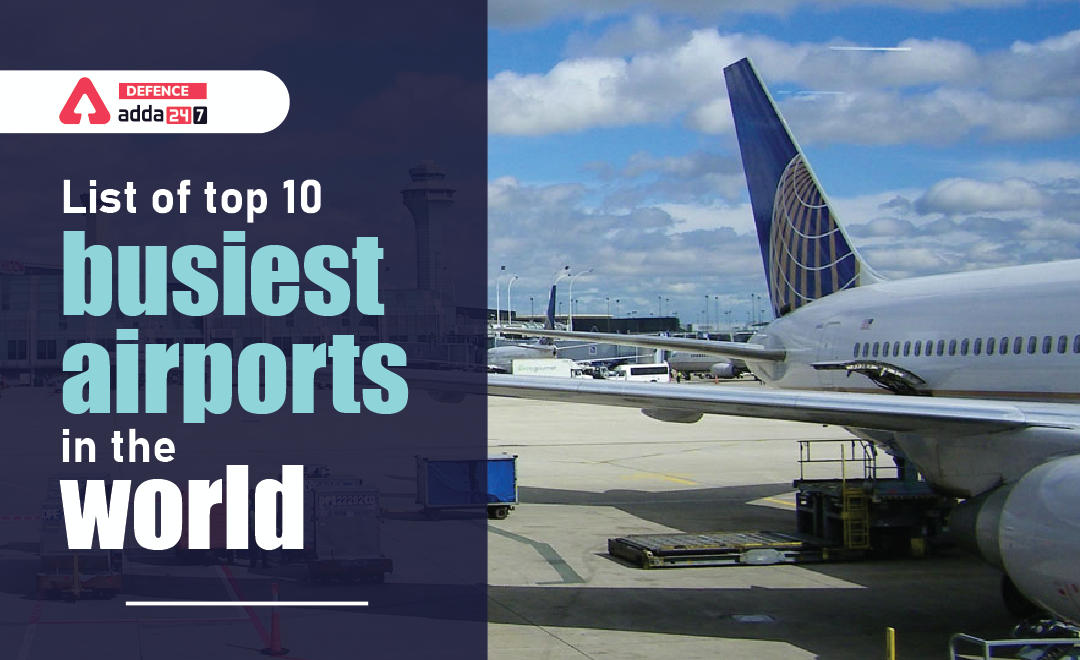 Busiest Airport in The World

In this article we will discuss about the top 10 busiest airports in the world by passenger number. List is mentioned below, check this out –

The organization, Airports Council International (ACI) World published the list of the top 10 busiest airports in the world for the year 2021 on April 11. Data from 2021 has been complied using details from airports all over the world and it showed signs of traffic recovery in the post-pandemic world as many previous busiest airports again joined topmost ranks.  This rankings shows the most updated airport data used by the industry which includes passenger traffic, cargo volumes, and aircraft movements.

Interestingly, Out of these 10 airports with maximum passenger traffic, 8 are in the United States and the other 2 are in China.

As per the official statement of ACI World Director General Luis Felipe de Oliveira “The ACI World passenger traffic rankings tell the story of an encouraging trend of recovery, with most of the recurrent busiest airports pre-COVID-19 back at the top, Although we are cautious that recovery could face multiple headwinds, the momentum created by reopening plans by countries could lead to an uptick in travel in the second half of 2022.“As such, ACI World continues to advocate to governments to follow the data and ease travel restrictions to safely restore the movement of people, goods, and services. This will provide travelers with more travel options and boost the overall recovery through aviation’s unique role in boosting trade, tourism, investment and creating jobs.”

FAQs Busiest Airport in the world

Q1. Which is the busiest Airport in the world?
Ans. Hartsfield-Jackson Atlanta International Airport of USA.