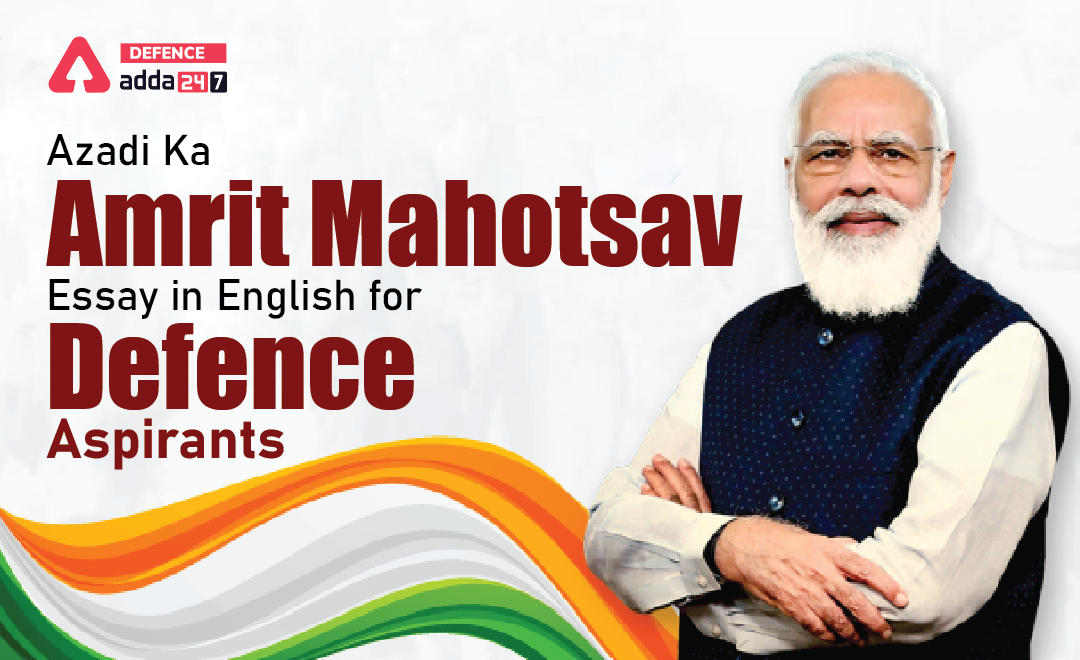 Azadi Ka Amrit Mahotsav is an initiative of the Government of India to celebrate and commemorate 75 years of progressive India and the glorious history of it’s people, culture and achievements with the help of numerous schemes like Ideas@75, Revolve@75, Actions @75, Achievement@75 etc. which is majorly focused on what has achieved so far and its importance and what can be achieved in the coming future to take India to the heights.

This Mahotsav is dedicated to the people of India who played a significant role in bringing India till here in it’s evolutionary journey and the people who are now playing active role in achieving the Prime Minister Modi’s vision of activating India 2.0 which is being achieved with the help of a scheme – Atmanirbhar Bharat.

Azadi ka Amrit Mahotsav is the refection of India’s socio-cultural, political and economic identity. Journey of “Azadi ka Amrit Mahotsav” was officially began on 12th March 2021 from Sabarmati Ashram when Prime Minister, Shri Narendra Modi flagged off a 75-week long festival to commemorate 75 years of India’s Independence and with this a 75-week countdown to 75th anniversary of Indian Independence Day has also started which will end after a year on 15 August 2023.

Such kind of celebration is important to make people realize the importance of this freedom and how valuable it is by instilling the sense of patriotism. We are now able to live freely with all the rights because somebody had fought a long battle for this independence and now its our duty to understand those sacrifices and respect those sufferings by becoming a sensible citizen of the country and by playing an active role in its development and progress.

With this objective, there are several events included in this mohatsav to keep the feeling of patriotism alive throughout the timeline of this festival. Events showcase the exiles of freedom fighters and connecting every milestone and national day with the remembrance of 75years of independence.

Only through our collective resolve, well-laid-out action plans and determined efforts, all the decided plans can be achieved to make India more powerful than before.