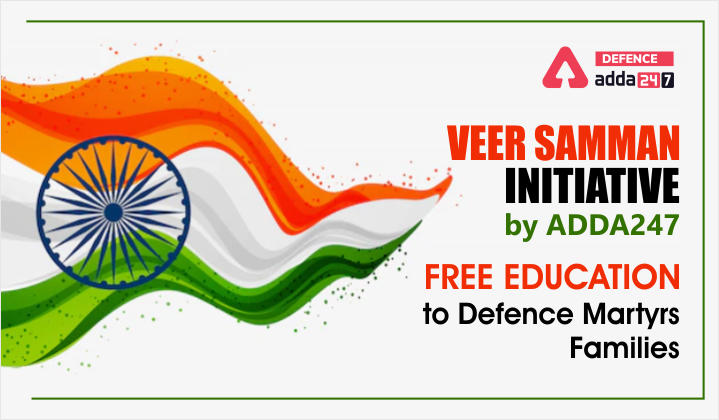 As per the official statement said. “Under this scheme, Adda247 will provide free and quality education to the families of deceased defence personnel including children and widows, for a year,” the statement said.

In addition to this, Under this initiative, children and widows of defense personnel will be able to get access of free-of-cost education by choosing one among various courses available on the platform. This scheme will cover different courses available on the Adda247 platform like banking, Union Public Service Commission (UPSC), Staff Selection Commission (SSC), railways, teaching, defense, gate, etc.

Registration will begin from August 14 and 15, 2022. Those who are interested, They have to visit the official website of Adda247 in order to get registered for the same. As per the official statement “The enrolment in the course will be free of cost subject to the submission of relevant proofs,”

Anil Nagar, founder, Chief Executive Officer (CEO) of Adda247 has also given the official statement in which he mentioned, “Our campaign ‘Veer Samman’ is a small step to honour the sacrifices made by martyrs and give to their families the gift of learning and education,”

Adda247 is an institute which provides online education in 11 vernacular languages and In 2022, the company claims to have raised around $20 million in a Series B funding round led by WestBridge Capital.

In a major breakthrough, the company has recently acquired UPSC based edtech platform, StudyIQ Education. Till now, the company provides quality education to almost 22 Million monthly active users and out of it, 2 million are paid users. Lately, the company has also appointed Rahul Pandey in February, 2022, as their new CMO.