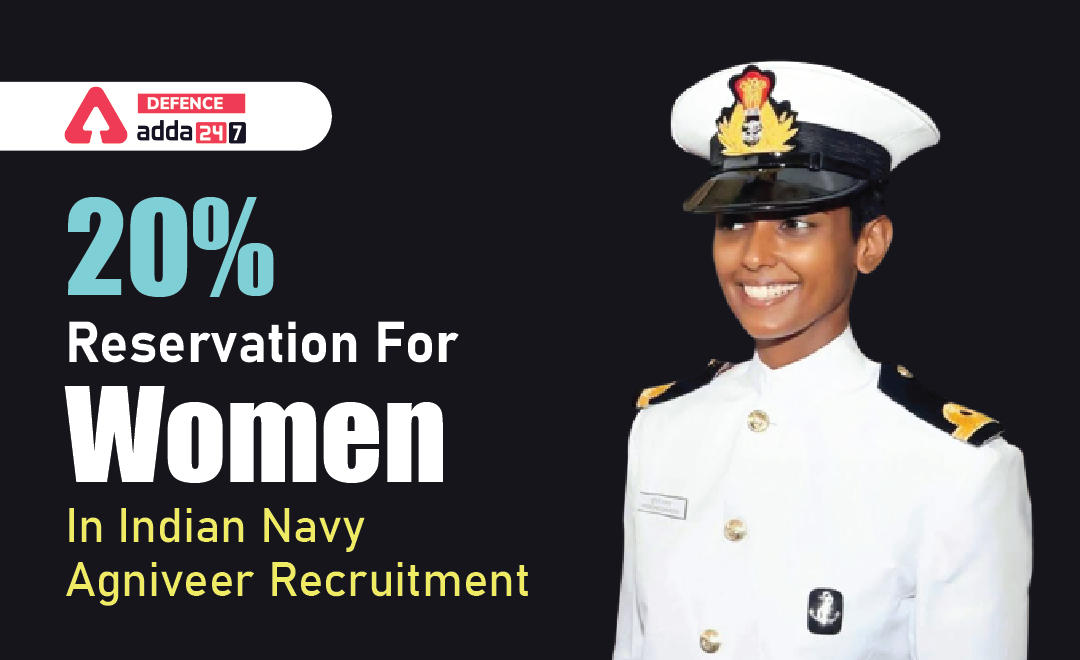 Now according to the new notification there will be reservation provided to the women. 20 percent of the Agniveers to be recruited into the Indian Navy through the Agneepath scheme will be women. Those who will recruited through Agneepath sceme, they will be caleed as AGNIVEERS for the first 4 years and only 25% who continue to remain the part of the Navy will be called NAVAL.

Informing this in press conference, Vice Admiral SN Ghormade, Chief of the Naval Staff, said that 20 percent of the seats in the recruitment through the Agniveer scheme will be for women. The officials said that after that these women would be sent to different parts and branches of the Navy.

First batch to register for the Agniveers in Indian Navy and Indian Army started from July 1 2022. It is going to be a historical move as women will be recruited as sailors for the very first time in Indian Navy. There is a probability of recruiting approximately “three thousand” Agniveers in the first batch. Six months of training will be provided to the Agniveers at INS Chilka in Odisha from November 21 and after getting trained, they will be posted to different locations.

Indian Navy has 30 women officers at present sailing on different Indian Navy ships. We have decided that under #Agnipath scheme, we will recruit women also. They will be deployed on warships also: Vice Admiral Dinesh Tripathi has said in an official statement.