SSC CPO Cut Off 2020: SSC release the cut off along with the result of the exam. The candidates can check the cut off marks in the result notice. Apart from the minimum qualifying marks, the commission decide the cut off marks after considering the factors like number of vacancies, level of exam, change in marks after normalization, and other factors. The cut off can be used to determine the qualifying status of the appeared candidates. The exam is going to commence in the month of October.

SSC CPO Cut Off is released along with the result, where candidates can match the level of exam. The cut off has been provided in the form of PDF by the official website. We have provided the cut off tables here as per the PDF.
Female Open Vacancies Cut Off

* 92-SC, 22-ST, 876-OBC and 283 EWS candidates qualifying at UR standard have been shown under their respective categories.
Male Open Vacancies Cut Off

*1375-SC, 775-ST, 126-ESM, 9386-OBC and 3057 EWS candidates qualifying at UR standard have been shown under their respective categories.
Male Departmental Candidates (Delhi Police) Cut Off

# No vacancy reported.
* 13-SC, 04-ST, 114-OBC and 15-EWS candidates qualifying at UR standard have been shown under their respective categories.
Male Specialized Category of Ex-Serviceman (Delhi Police) Cut Off:

#No vacancy reported. 03 candidates qualifying at UR standard.

SSC CPO Paper 1 Cut Off PDF is given below:

Points to Note for SSC CPO Cut Off:

SSC CPO Tier 1 2020 was held on 09th to 13th December 2019 and 30th December 2019. The CPO Tier 1 (Paper-I) exam consists of a total of 200 marks in Reasoning, General Awareness, Quantitative Aptitude and English Language and Comprehension.

Candidates can check Previous Years Cut Off of SSC CPO is given in the tables below. Previous Year Cut Off is a guide for the candidates to get an idea regarding the expected increase or decrease in this year Cut Off. As per the SSC trend, the students can predict the variation in the expected cut off. Thus, the expected cut off for the year 2020 can be predicted from the previous year data. Last year Cut Off is very helpful in making strategies to attempt Practice Test and plan your studies accordingly. While attempting the mock tests try to score more marks than the previous years cutoff. As you can see the pattern of cut off, it’s increasing every year. So focus on scoring more marks with 100% accuracy.
Candidates should keep in mind while predicting 2020 cut off that this year Normalization is a big factor in deciding the Cut Off.

The year-wise cut off for SSC CPO Paper I/Tier 1 of male candidates is given in the table below.

Check out the table given below for SSC CPO Paper 1/Tier 1 cut off of female candidates:

The overall cut off of SSC CPO exam after Paper 2 is given in the table below.
Male Candidates: 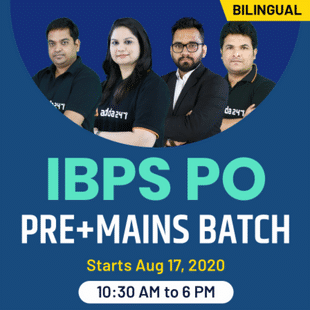